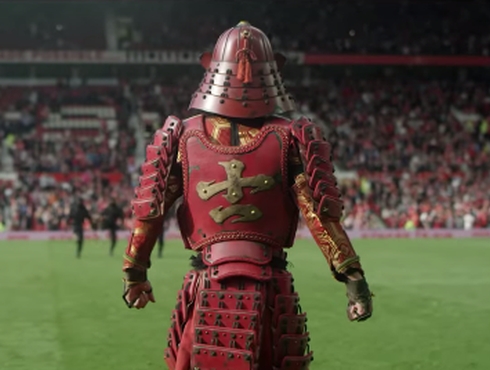 Earlier this year Nissin Foods sent their very own soccer samurai (freestyle football champion Kotaro 'Tokura' Tokuda) to Brazil's World Cup. There he showed off his impressive footwork to the masses and extreme nimbleness for a man in a suit of feudal-era armour.

Well, now the Samurai is back and has pledged allegiance to a new master - Manchester United.

Directed by A Common Future and produced by Unit 9, the samurai hits the streets of Manchester, this time with a group of ninjas - who have obviously never heard of The Law of Inverse Ninja Strength - as they have an impressive kick-about all the way into the crowded Manchester Stadium.