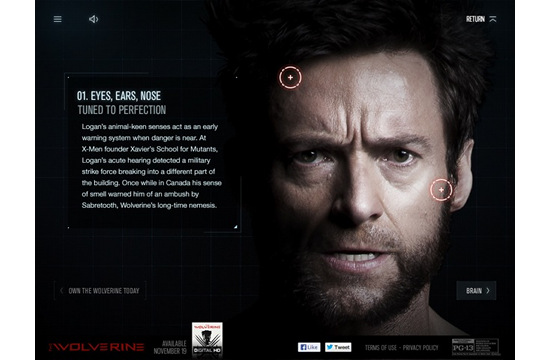 This summer’s The Wolverine marked the sixth film in which Hugh Jackman has played the haunted character, and this tablet-based experience is timed to coincide with the film’s Digital HD release on November 19. Digital agency Soap Creative worked closely with Twentieth Century Fox Home Entertainment to create an up-close-and-personal tablet web experience, named  The Wolverine Unleashed, of both the actor and the iconic character he plays. Would you be interested in writing about this unique experience? 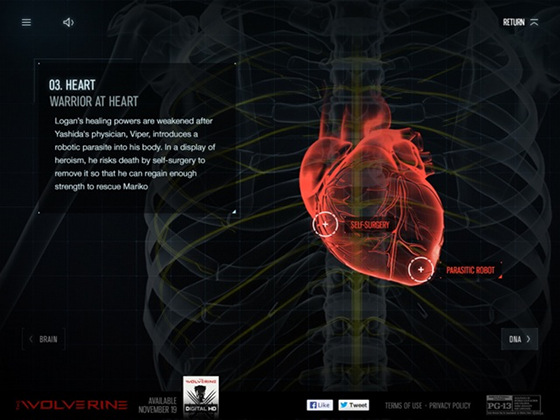 Building on Soap’s award-winning web experience for the movie Life of Pi, The Wolverine Unleashed is optimized for use with tablet devices. The character-driven immersive experience gives fans and visitors the ability to navigate a full-scale digital version of the Wolverine’s body, allowing them to explore his mutant powers and psyche. Close attention is paid to Jackman’s interpretation and incarnation of Wolverine.