Snow Ghosts The Hunted’, featured in ‘Beast’, is published by Manners McDade and was released on Fabric’s Houndstooth label 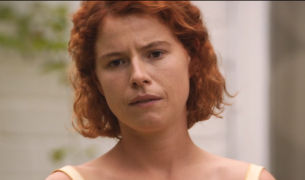 Snow Ghosts' 'The Hunted’, the first track on their 2013 debut album, 'A Small Murmuration’, has won Best Sync Film Trailer in last week’s Music Week Sync Awards 2018 at the London’s Grand Connaught Rooms on October 18.
'The Hunted’s' intoxicating vocals underpin the crux of the premise of ‘Beast’, Michael Pearce’s critically acclaimed debut psychological thriller. The song’s spiralling melodies, floating above surging metallic drones create a sense of the inevitable, of events set in motion that cannot be controlled.

Michael Pearce’s ‘Beast’ is told within the confines of a small island community, where a troubled young woman falls for a mysterious outsider who empowers her to escape her oppressive family. When he comes under suspicion for a series of brutal murders she defends him at all costs and learns what she is capable of.

Listen to 'The Hunted' here.