Snoopy & Friends Do the Super Bowl with MetLife 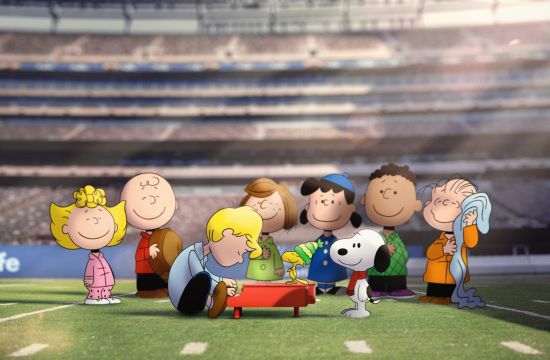 The :30 TV and :60 online spots combine the grand scale of MetLife stadium with the intimacy of the meticulously animated Peanuts characters from the beloved Charles M. Schulz.  The appropriately placed ‘Anthem’ launches the big game as the final spot in the line-up leading to kick-off.

“Dan and the animation team at Passion Pictures were honored to work with the iconic Peanuts characters and knew the importance of staying true to their heritage – maintaining their recognizable hand drawn aesthetic, subtleties of movement, and personality” Said Mr. Merkin. “The brilliant team at Absolute Post London handled the compositing and color grade, beautifully integrating the 2d animation into the live action environments”.

The films show Schroeder seated reverentially on the playing field, tapping out the Star Spangled Banner on his toy piano as his Peanuts friends slowly gather around him.  The gentle suspense created in the film emulates the pre-game anticipation of the Super Bowl, the calm-before-the-storm energy of athletes, coaches and spectators. The diverse Peanuts gang represents the multitude of individuals who will come together from all across America, united in their experience of the MetLife Super Bowl.

Dan says of collaborating with Creative Director Ari Merkin: "It was such a pleasure to work with Ari, whose vision was so clear and aligned with my own. The script resonated with me instantly."  Of the production itself, Dan adds: "We had a tight schedule of just 9 weeks to produce a 60” traditionally animated film, the minus 8 degree temperature and snow we faced during the shoot days at the New Jersey MetLife stadium also proved challenging. Thanks to an incredibly talented and passionate team of people working through the Christmas break, we were able to deliver a charming and uplifting film suitable for the occasion.”