Snickers Releases Its Brady Bunch Super Bowl Spot. But Who Is That Playing Jan? 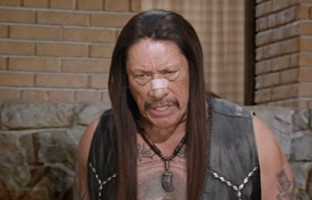 The fans spoke… and Snickers listened.

For the first time in brand history, Snickers is releasing its full Super Bowl commercial before the big game. The decision comes after giving consumers the power to help reveal the full 30-second spot by reaching 2.5M social media engagements before kick off.

Created by BBDO New York, the spot features a very hungry Marsha Brady, portrayed by movie star Danny Trejo, throwing an uncharacteristic tantrum until given a SNICKERS by her parents. Marsha returns back to everyone’s favourite girl next door, while fans experience another enjoyable moment with surprise actor Steve Buscemi playing Jan.

Earlier this month, Snickers released a brief teaser for the commercial and announced that if fans generated 2.5 million engagements via social media the brand would release the full spot early – and they came through. Fans can now watch the full commercial on the official Snickers YouTube page, as well as during the first quarter of Super Bowl XLIX on Sunday, February 1, on NBC.

“We’ve learned that Super Bowl season extends well beyond the game, which is why we gave the keys to our fans to unlock the commercial early,” said Allison Miazga-Bedrick, Director, SNICKERS® Brand.

“Since we released a teaser of the commercial on January 21, millions of consumers have rallied and requested to see the full spot. It’s even more proof of the power of our brand and this campaign.”