The film, in partnership with Octagon, was directed by acclaimed director Glenn Kitson 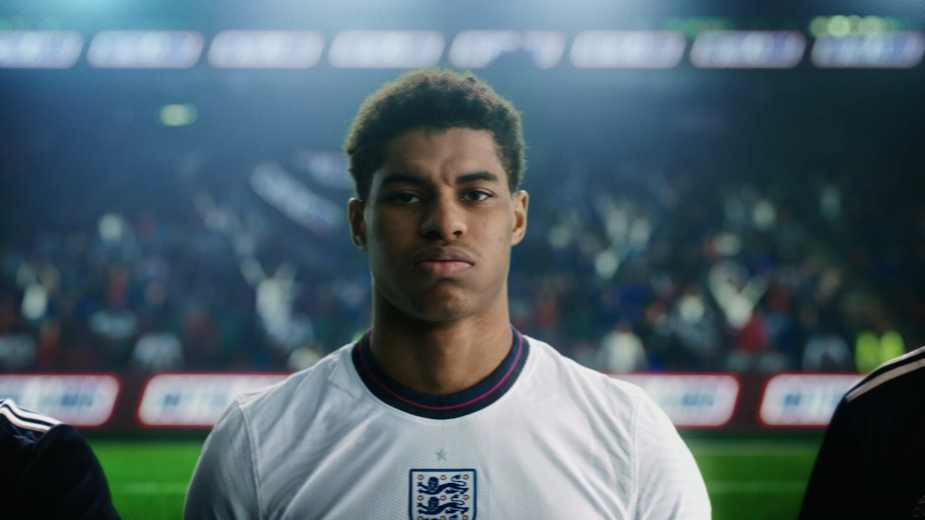 In advance of a blockbuster summer of football, confectionery giant Mars Wrigley UK has today unveiled a brand new SNICKERS campaign, ‘BOTHLANDS’ in support of the brand’s sponsorship of England and Scotland.

The BOTHLANDS campaign, which by SNICKERS’ own admission is #OfficiallyAwkward, faces – headfirst - into the uncomfortable predicament the chocolate brand finds itself in by sponsoring both protagonists in one of sports oldest rivalries: England vs. Scotland, ahead of the two nations coming face to face once again this summer to settle old scores.

The BOTHLANDS ad parodies the tropes of sponsor advertising around major international tournaments by making stars from both teams begrudgingly line up side by side amidst a raucous and heavily branded backdrop.

The film, created in partnership with Octagon, was directed by acclaimed director Glenn Kitson – who, as it happens, is half English and half Scottish…

Chloe Smith, Snickers senior brand manager said: “Let’s not beat around the bush, sponsoring both Scotland and England this summer is, well, rather awkward. Faced with this peculiar predicament, we decided there was only one thing to do – create our own, neutral nation: BOTHLANDS. The campaign was a lot of fun to make and marks the next step in our journey of cementing the SNICKERS brand as the voice of the football fan in Scotland and England”

Josh Green, ECD Octagon said: “Snickers sponsor both England and Scotland. It’s an awkward situation. Oh yeah. But. Snickers had no choice but to support both. It’s a contractual obligation. Desperate times call for desperate measures. That’s Bothlands. An awkward solution to an awkward problem.”

The brand will also be launching the SNICKERS HOT TAKE HOTLINE this summer to address the terrible takes that are endemic during any major football tournament. The #DeleteYourTweetForATreat will run across social and offer free chocolate to pundits and fans alike who are willing to delete their suspect hot takes.