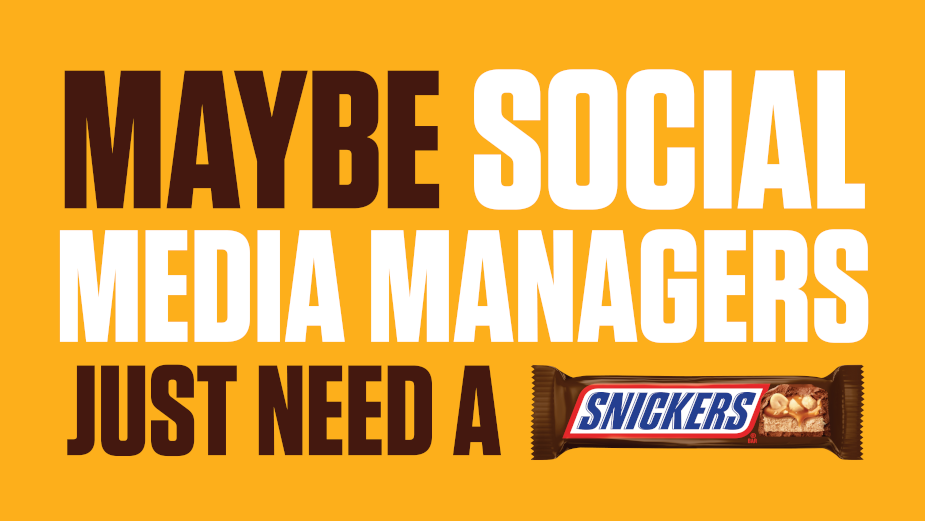 Ever heard of Fleets? It was Twitter’s real-time video-sharing platform (a-la Instagram Stories, SnapChat etc.), and it went defunct yesterday, August 3rd. While most brands clamour to be the first on any new social platform, SNICKERS comedically became the last brand to ever use Fleets, just before it went extinct.

August 3rd also happens to be ‘Grab Some Nuts’ Day. To celebrate, SNICKERS began running a series of Fleets on Monday (August 2nd) promoting a sweepstakes to win boxes of free SNICKERS that would launch the following afternoon. The only issue? Fleets was deactivated a moment after the final Fleet was posted and the sweepstakes never actually went live…

Why would SNICKERS try to launch a campaign on a social platform that’s about to die? Their social media manager was hungry and missed the memo.

SNICKERS quickly made up for the snafu tweeting the promo instead and offering the free boxes to 20 followers who reply in the comments. (Don’t worry, BBDO sent the social media manager a box too).

This playful brand stunt was conceived and pulled off with creative agency partner BBDO New York in partnership with Mars Wrigley’s social media and digital content studio (The Hive) and builds on SNICKERS’ current campaign line, ‘Maybe you just need a Snickers’ which reminds consumers that a satisfying SNICKERS bar can help sort them out when they’re not themselves.