During the Super Bowl, a campaign from AlmapBBDO sparked a lively debate on social media and TV programs about which sport should really be called football 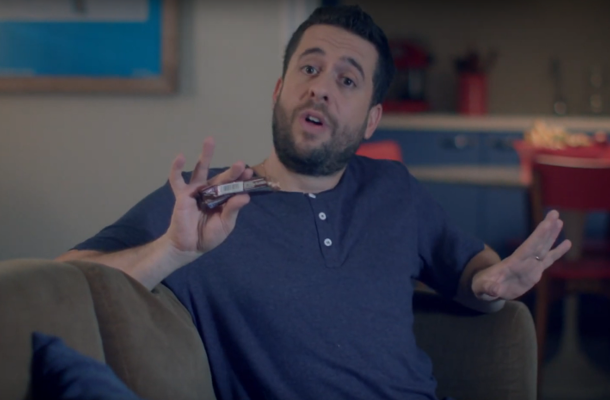 Snickers Brazil sparked a lively debate about the meanings of the word “football” during the most important match in the United States’ national football championship – for which, it should be said, Brazilians are the second-largest audience outside the U.S. The spot also spoke to fans, reinforcing the global concept “You’re not you when you’re hungry.”
It all started when the hashtag #FutebolSQN [“It’s not soccer”] was launched in the land of soccer, Brazil, and led to the following question: why use the word “football” for a sport that’s played with your hands, and not with your feet [“foot”], and which uses an oval object instead of a round one [“ball”]? It started sweeping across social media on the day of the hotly awaited match. Like most of the countries around the world, Brazilians also call soccer football [“futebol”].

The topic got heated as influencers and sports celebrities like Ronaldo Nazário chipped in their two cents. The hashtag soon spread across the internet and hit Brazil’s Trending Topics and was even observed and commented on by local sports programs.

The stunt was finally revealed during the commercial breaks of the game, aired on ESPN Brasil, with sketches featuring comedian Mauricio Meirelles. To follow Snickers’ global stance that “You’re not you when you’re hungry,” the only reasonable explanation for the name can be hunger-induced confusion! The agency behind the campaign is AlmapBBDO.