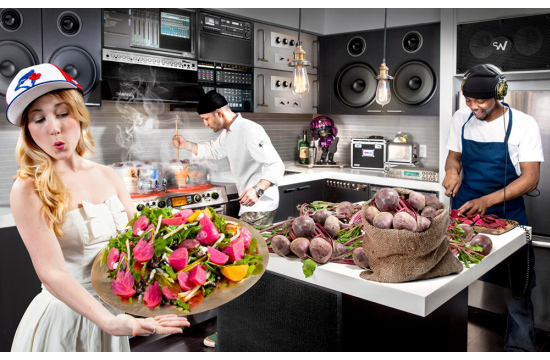 They shower in recording booths, pay homage to influential musical eras in their living room and every meal they eat includes a healthy dose of “beets.” They literally live music. They are SNDWRX, a new Toronto-based audio production focused on talent and collaboration that’s dedicated to changing what you know about the industry standard audio outfit.

Helmed by Didier Tovel, SNDWRX features an exclusive network of internationally acclaimed artists, sound designers, composers, voice directors, engineers, producers and music supervisors. For clients, they come together to form specialized teams in order to craft authentic sounds, giving them a wide variety of talent and the ability to take on multiple projects across multiple disciplines, while simultaneously focusing on their core strength, audio.

“In my experience, the best talent does not want a nine to five gig,” says Tovel. “They want the freedom to create on their own terms, in their own environments, to collaborate with people from around the world. Our focus at SNDWRX is on assembling the right teams, spending more of our resources on what really counts, the work."

Since opening its doors earlier this year the collective has already been commissioned to create work for a wide range of clients including BMW, MINI, McDonald's, Toyota, BlackBerry, Budweiser, and were responsible for giving Zoomer, the speaking and break dancing robotic toy dog, a voice of its own. 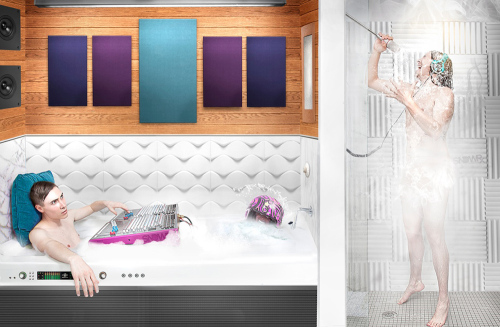 To introduce its collective and some of its work, SNDWRX created a series of fun pictures that can be found on social media channels and the SNDWRX website. The images, shot by David Krovblit, show the team's diversity, their clever sense of humour, their undeniable love taste for the uncommon, and how their lives truly revolve around audio and creative thought.

While keeping creativity a top priority, everything that SNDWRX does respects viewers and listeners. To that end, the collective invests a lot of time in clever ideation in order to find that simple idea that can grow and ultimately capture imaginations. It was a tack they even took when producing their official reel in collaboration with Toronto-based production company The Vanity.

Taking a departure from the typical reels they feel clients often find so boring, SNDWRX condensed their top 10 spots into one 60-second video, sampling in the music they created for the spots to craft a single piece featuring movie-trailer-like visual FX that showcases the brands they work with. A level of interactivity was also added as every spot is clickable and can be watched in full.

“It's often hard for creatives to describe what they want sonically in words, so it's important that they know we speak their language, will lead processes to be easy for them, and that they aren't dealing with a bunch of long haired guitar players or fake salespeople,” says Tovel. “We are creatives too, and we enjoy every minute of it.”