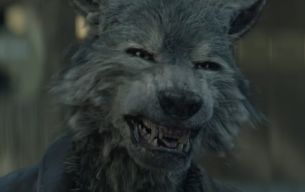 Everyone knows the timeless classic 'The Three Little Pigs,' but what if big bad wolf smoked cigarettes as a teenager and was unable to huff, puff and blow down the little pig’s straw home. The wolf is left outside struggling for air because smoking takes the air away from even the biggest and baddest.

'Straw City,' the latest campaign from FCB New York for the FDA, shows the devastating, real cost of smoking as a teen – resulting in loss of potential and permanently stunting the growth of lungs.