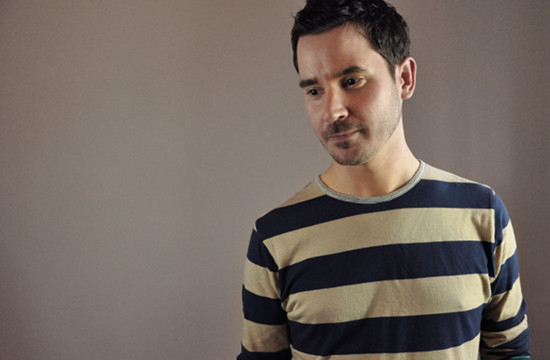 Smoke & Mirrors, the international visual effects and design company, has named Jeff Stevens to the position of Creative Director at its New York office. The appointment comes as part of a continuing global strategy to strengthen the successful brand across its key international studio locations.

In addition to adding Stevens as Creative Director, the studio has secured its first-ever representation in the Midwest, signing Matt Bucher and his company, Obsidian Reps.

Stevens won a Gold Lion at the Cannes Advertising Festival in 2010 for a title sequence for that year’s OFFF Festival. He joined The Mill in 2009 as Design Director, charged with overseeing the development and integration of the new Design department with VFX and Digital. While there he worked on high-profile projects such as IBM’s “Data Anthem,” which brought data viz scans to life in a surrealistic narrative style. Other brands he has worked with include Ford, Coca-Cola, Verizon, L’Oreal and Pantene.

A graduate of Savannah College of Art & Design (SCAD), Stevens has also worked at Charlex, where he managed the design team, and at Splice Here in Minneapolis, where he was Creative Director for the design and editorial boutique.

This is the third major hire for Smoke & Mirrors since it brought on new Managing Director Mary Knox in February and Executive Producer Daniel Cohen (formerly Disney, The Mill, and The Molecule) in April.  Knox and Stevens replace Jo Morgan, longtime Managing Director of the company, and Sean Broughton, former CD and one of the co-founders, who left the company at the beginning of this year.

“It is so exciting to have someone of Jeff’s caliber leading the creative team here in New York,” says Knox of the hire.  “We have big ambitions for the future.”

“I'm proud to join forces with such a highly regarded company,” says Stevens.  “Based on the legacy of Smoke & Mirrors, there’s so much potential to create a vibrant new offering in the design and VFX world, particularly in the US market.”

Gary Szabo, Managing Director of Smoke & Mirrors in London adds, “These are very exciting times for us as a group. We now have an incredibly strong creative pedigree on both sides of the Atlantic, along with the combined strength of a fully integrated technical network. This is reflected in some of the amazing work we’re currently doing.”

A global company, Smoke & Mirrors also has offices in Shanghai and Sao Paolo.  In London, Smoke & Mirrors has recently launched a live-action production company, Rock Hound, which is soon to launch in the US. A new website showcasing the international work is launching in early June.

Recent commercial clients in the States include agencies such as BBDO, mcgarrybowen, KBS+ and JWT, and brands such as BMW, Mountain Dew, Reebok, ESPN, Google, Jaguar, Land Rover, Verizon, Absolut, MTV and Coke. Smoke & Mirrors also recently completed CGI and VFX for the pilot of "Hannibal," an NBC series directed by David Slade (“Twilight,” “Breaking Bad”) that aired in April.