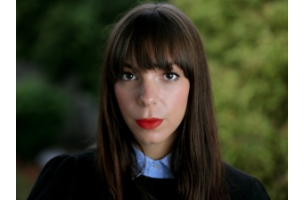 Toronto-based Smith is happy to welcome Senior Colourist Roslyn Di Sisto as the newest member of the family. She joins Smith from Method Studios in Melbourne/Sydney, Australia where she has been a sought-after Film Colourist since 2009.

Di Sisto  has worked on many notable commercials and campaigns for clients including Mini, Virgin Mobile, Powerade, FIFA World Cup Promos, Subaru and Nissan. She has worked with many internationally recognized directors and top ad agencies in Melbourne and Sydney, such as  Ogilvy, Havas Worldwide, JWT, Fenton Stephens, Clemenger BBDO and Leo Burnett. In addition, Di Sisto has graded music clips for top Australian artists like Vance Joy and Boy & Bear, as well as worked on many short films.

“We searched high and low for someone who could bring something new and different to the industry, something that we felt was missing in Toronto. Then we found Ros,” says Wendy Linton, Executive Producer of Smith Colour. “She’s a tremendous talent and she brings a fresh approach to Colour Grading. She’s unique, cool, young, strong, and loves to take chances. We couldn’t be happier that she’s flown to the other side of the world to experience her first winter in Toronto and join us here at Smith.”

Prior to Colour Grading, Ros worked as an Offline Editor, Producer and Production Manager for Production and VFX. All of that history, packed into a few short years, has given Ros a vast knowledge of the entire production and post-production process.  DI Sisto is a vegetarian, a lover of the arts in all their forms, and a film buff that boxes (like in a ring with ropes and punching and stuff). She is afraid of nothing and no one (except maybe Jack Frost).