Mott was previously Client Services Director for the agency 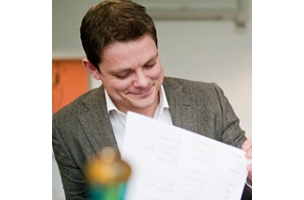 Smith & Milton has promoted its client services director Ben Mott to the role of group managing director as part of its ongoing strategy to deliver best-in-class brand and delivery solutions for its clients.

Mott’s promotion, which is effective immediately, sees him take on broader financial and professional responsibilities at both the London and Bristol offices. A key part of his remit includes growing the Smith & Milton team by building on the consultancy’s impeccable design heritage and adding wider capabilities as it grows its expertise in line with client needs.

Mott joined Smith & Milton in 2010, as business director. Prior to that, he was in various client and business development roles at group owned and independent agencies across the industry.

Mott, alongside Steven Anderson the group creative director, also takes a seat on the Group board and will report to Howard Milton, chairman of the Smith & Milton group.

Milton said: “Ben’s promotion is well earned. He has played a key role in Smith & Milton’s growth over the past four years. We have ambitious plans for 2015 and beyond, which include developing a group of specialist teams to deliver best-in-class solutions for brands, and expanding our group internationally. As group managing director, Ben will be pivotal in driving these forward. We’re looking forward to the next stage in Smith & Milton’s evolution.”

Mott added: “Smith & Milton is entering a new stage in its 35-year history; we’re steadily adding to and developing business with our fantastic client list which includes English Heritage, Legal & General, Macmillan Cancer Support and Warburtons, and we’re attracting leading industry talent. Essentially, my role is to drive that forward, continuing to focus on clients needs, and building a talented team that offers the best solutions. I’m very excited about getting stuck in and shaping Smith & Milton’s future.”