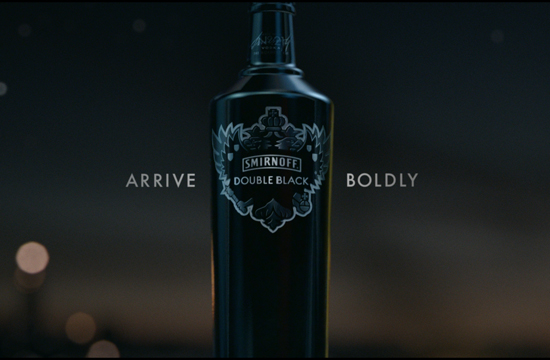 Unlike any other offering in the category, this double freeze filtered vodka with the quality of Smirnoff No.21 vodka is designed to deliver mainstream consumers with a unique proposition to step-up and make a statement with vodka.

Created by Leo Burnett Sydney and making a bold entrance with a 90-second brand spot on Saturday 26 October, it brings to life the feeling consumers get when they make the ultimate party statement, and ends with the tagline ‘Arrive Boldly’.

Directed by Emmy Award nominee Garth Davis and set to the soundtrack of ‘Video Games’ by Lana Del Ray, the compelling creative brings the ultimate party entrance to life with a montage of people making a number of bold arrivals to a warehouse party.

Shot in North America and Argentina entirely in-camera, the most impactful entrance features four glamorous party-goers taking to the skies to make a pyrotechnic night jump with magnesium flares.

The truly integrated campaign, to the value of $8million, is designed to rival any vodka new product development launch in the last decade. Featuring mass scale communications across cinema, outdoor, print, online, in-store and on-premise communications as well as PR and experiential activity, it will create awareness and demand to ultimately drive trial.

Adam Ballesty, Marketing Director, Diageo Australia said: “Smirnoff Double Black vodka is the most significant development in the vodka market in recent years and putting it simply, we want an integrated marketing campaign to reflect that. Our campaign communicates the feeling consumers get when they make a bold arrival, and ultimately shows how they can be confident, break free from judgement and step up with Smirnoff Double Black.”