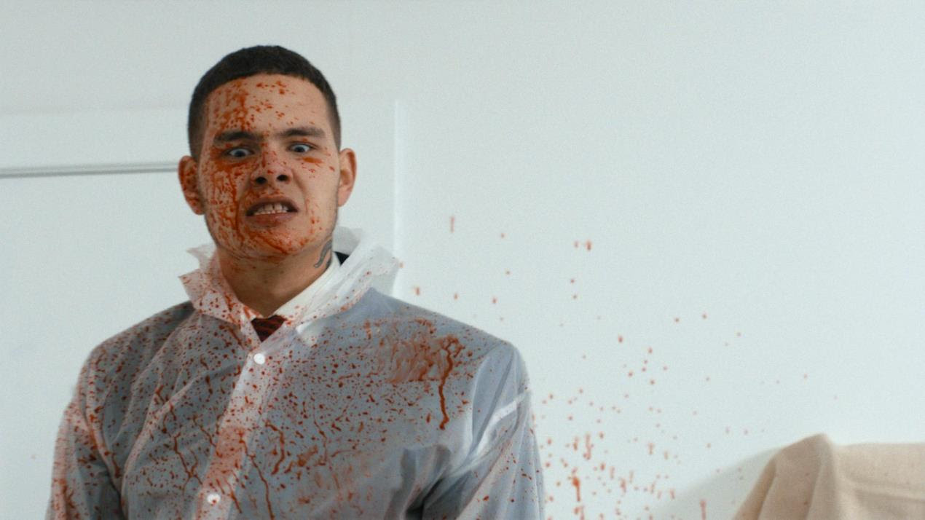 THE REST direct part one of the newest music video odyssey for slowthai's 'Cancelled' featuring Skepta.

Opening as a homage to one of the most iconic commercials (or horror spoof scenes) ever made, the video quickly spirals into a horror show as slowthai and Skepta embody nefarious roles inspired by iconic slasher scenes and characters... It's a bloody mess.

THE REST said this of the video: "The music video for Cancelled is a homage piece to slowthai and Skepta's favourite villains and horror scenes. We just had a lot of fun with it. The producers of the track feature 'Wazzup' scene, which was a play on that iconic Scary Movie scene but with a very British twist. On the day, the chainsaw dance Skepta did left everyone transfixed. The light looked as good, if not better, than it did on camera and he was dancing to a beautiful Italian classical song. It's the first video of a two-part series and there's a special easter egg in there for slowthai fans."