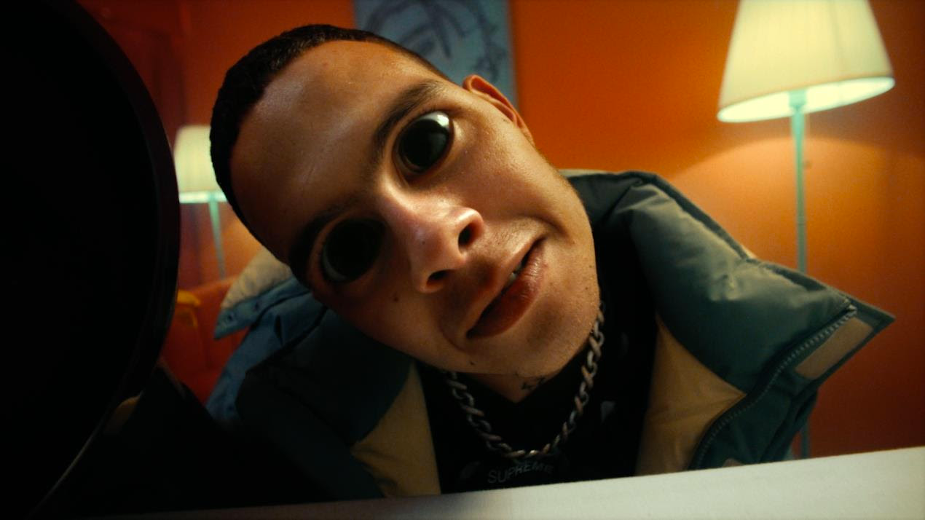 Some of slowthai’s most recognisable and heralded music videos have been helmed by THE REST (‘BB’, ‘Gorgeous’, ‘Ladies’, ‘North Nights’), who also serve as his long-time creative directors, so it makes sense for his first outing in 2021 that they join forces for another insane go round.

This time THE REST direct slowthai in his new A$AP Rocky featuring banger MAZZA. The two are held up in separate hotel rooms alone when they bite into a questionable Apple that sends them into an insane trip of featuring bulging eyes, floating sofas and hallucinogenic room service, naturally.

The Rest commented: "The idea for the video took many different forms, no thanks to effects that COVID has had on the world. But we desperately didn’t want to make a video that felt like it was shot in two different countries during a pandemic (even though it had to be). ‘Fear and Loathing in Las Vegas’ became a key reference point as it covers similar themes, namely going paranoid and hallucinating in a hotel room. Visually, we wanted to build and elevate on the work we’ve been doing with slowthai and looked to the strong punchy colours from some of our favourite films like Jeunet & Caro’s Delicatessen, Wes Anderson’s The Grand Budapest Hotel and Hype Williams’ more playful music video work from the late 90s and early 2000's. Both artists went all out and totally committed to their performances and the creative of the video which served the vision brilliantly".