Awards and Events 380 Add to collection 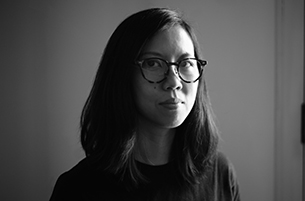 AOI Pro. has announced that Swee Ling Ng (Sling Ng), a film director at Directors Think Tank (AOI Pro. Group), has been selected one of the jury members for the film craft category at the Spikes Asia 2018.
Spikes Asia, the oldest and most prestigious award for creative advertising in Asia Pacific region, will take place in Singapore from September 26 to 28.
95 jury members from 18 countries are composed of more female leaders than ever before: 49%.
Swee Ling Ng (Sling Ng) - Film Director

Sling is unique. She understands that the creative process begins with the idea, but it takes meticulous detail and execution to make it flourish. Prior to launching her career as a film director, she was an award-winning agency art director, having won numerous awards at Cannes, D&AD, and Clio for her work while at BBDO, 10AM and Bates. While she graduated from The One Academy with a diploma in Advertising and Design, to further her craft, she later studied at University of Southern California on a short film course before joining Directors’ Think Tank in 2008.

Sling offers a unique perspective when she works on projects, and she is always looking for a fresh approach to every x-script. She works closely with the agency on the direction and the craft of the commercial, and relishes the process from start to finish. After all, being involved at the conceptual stage always ensures a better product.
Sling has won numerous awards for her commercial work that was commissioned by some of the best agencies in Singapore, Malaysia and Indonesia. She has directed commercial for Petronas, McDonalds, Ikea, Royal Selangor, Dulux, Canon, Tiger Beer and more.
See more work from Directors Think Tank here.
view more - Awards and Events