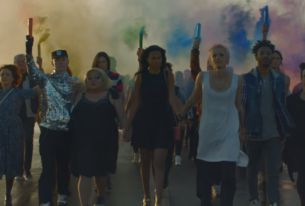 Skol is the first beer brand to support the largest event of the LGBT community in Brazil: the 20th edition of the LGBT Pride Parade. And on LGBT Pride Day in Brazil, 28 June 2016, the brand reinforced its commitment to respecting choices and individual differences.

The film ‘Road' was created by F/Nazca Saatchi & Saatchi and produced by Conspiração Filmes. The production reaffirms the brand's position on diversity through the message "Respect Is On."  With a poetic analogy that the path to equality is long, but it's possible to make it easier, the Brazilian beer raises the flag of respect and invites consumers to also declare their support.

Theo Rocha, Creative Director at F/Nazca Saatchi & Saatchi, adds: "Although it is not an easy path, every day you have more and more people setting aside their biases and hoping for a more egalitarian world, which respects everyone for their individuality. This is the idea we intend to convey."

"Every time we look back, we see a trail that we wish never to tread again. It is our chance to build something new. On this very important day, we at Skol want to show that we can walk together, support choices and promote a life without prejudice. Joining in respect can transform humanity, regardless of its truths," says Fábio Baracho, Marketing Director at Skol.