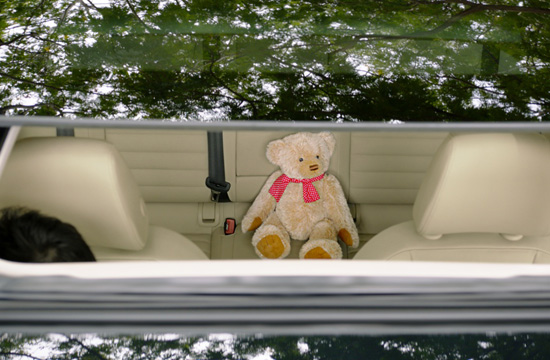 Shot in Hyderabad, India, the commercial utilizes a magical blend of puppetry and animation to highlight all features of the new Skoda Octavia, seen through a child's imagination. It introduces audiences to an unlikely bunch of toys, that when left to their own devices, decide to have an overnight party in the car.

Enlisting the talents of puppeteer Matthew McCoy (who previously worked with the Jim Henson Company), and merging live-action footage with 3D CGI characters, the production process was carefully planned to allow for the most believable on-screen interaction.

With the aim to capture as much as possible in-camera, Anderson worked alongside McCoy to film the scenes in and around the car where the characters, including a teddy bear, Buddha and tiny toy soldiers that come to life at night for a little frivolity.

With Nomad Films acting as a local production partner on the ground, Photoplay Films worked across a two-day shoot in India. The post production was then completed back in Australia via Sydney-based visual effects house FSM VFX.

Photoplay Films executive producer Oliver Lawrance said FSM VFX did a fantastic job of bringing to life the CGI characters. "We were really pleased with the post work FSM did to seamlessly merge CGI with live action and puppetry," Lawrance said.

"Indeed it was the first TV campaign BBH India had done for their new client Skoda, so we wanted to do something that really stood apart from the usual car spot and really entertained our audience," he added.