Škoda has today launched a new brand campaign, via DDB Sydney, that centres on the idea that you don't have to be famous to be brilliant.

Škoda Australia director Michael Irmer said that this innovative brand awareness campaign is unique in that it challenges the buyer to disregard the more obvious choices and, instead, consider Skoda.

Says Irmer: "Škoda's tagline, 'Simply Clever', encapsulates both the accessibility and the innovation of our cars and SUVs.

"The brand campaign paves the way for an entirely new direction for Škoda in the shape of the Kodiaq. As the first affordable seven-seat SUV from Europe, it is a game changer, one that challenges not only the traditional market leaders in this family vehicle segment, but also far more expensive prestige models."

DDB Sydney managing partner Amanda Wheeler said the campaign pushes against category conventions to stand out in a cluttered market.

Says Wheeler: "In an unexpected approach for a car company, this Škoda campaign celebrates people who are brilliant but not famous.

Says Welsh: "In the first spot we meet Dr John O'Sullivan, the leader of the team who invented Wi-Fi, and a second to be launched in July features Aelita Andre, a 10-year-old artist who had her first art exhibition in New York at the age of four.

"Too many people in this world are famous for being famous, while those who really contribute to society are often overlooked; this campaign beautifully highlights the simple genius and different thinking that has gotten our talent where they are today."

This is the biggest campaign for the Škoda brand this year and will run over three months across TV, outdoor, social, digital and retail nationally. 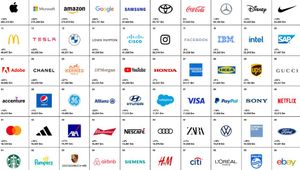