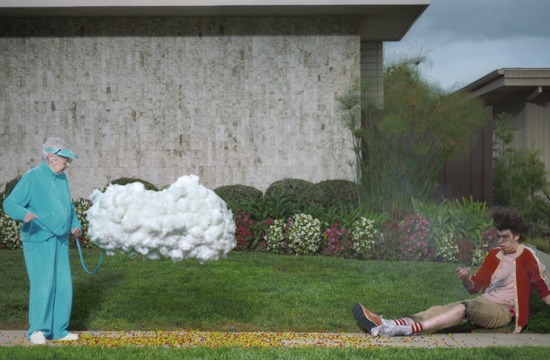 DDB Chicago has launched a trio of expectedly quirky new Skittles ads. The spots, directed by Chris Palmer of Gorgeous and cut by Whitehouse Post Editor John Smith, feature an elderly woman accompanying her fantastical Pet Cloud through mundane situations including a visit to the vet, a walk around the neighbourhood, and a trip to the groomer.

The imaginative spots features some similar and unique elements of previous Skittles spots including quirky characters and bold, yet stark color palettes. The Cloud, which is as fickle as a toy poodle, rains Skittles when it’s happy and shoots bolts of lightning if it’s even a bit displeased.