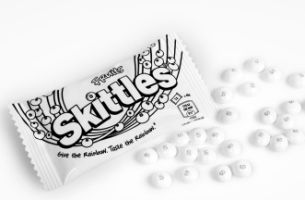 Skittles is gearing up for the launch of a campaign that will see it give up its famous rainbow in celebration of Pride in London 2016.

The campaign, created by adam&eveDDB, kicks off with an open letter to Pride, which announces that during the Pride celebrations, ‘only one rainbow deserves to be the centre of attention’, and therefore Skittles will be giving up their rainbow to ensure the focus is on the one rainbow that matters... Pride’s.

The letter will be published in print media today (24th June) and an animated version will be unveiled on Skittles’ Facebook page, which will also be stripped of its rainbow.

The ‘Give the Rainbow’ campaign will come to life during the Pride celebrations in London the next day. A rainbow-less Skittles float will take part in the parade and limited edition rainbow-less packs containing white Skittles will be given out along the route.

The campaign will include digital outdoor at key sites along the Pride route and around London, provided by Posterscope, as well as social, PR and influencer activity.

Richard Brim, Executive Creative Director, adam&eveDDB, said: ‘In a world where brands show their support for the LGBT community by featuring the rainbow, we decided to do the exact opposite give our ours way.” 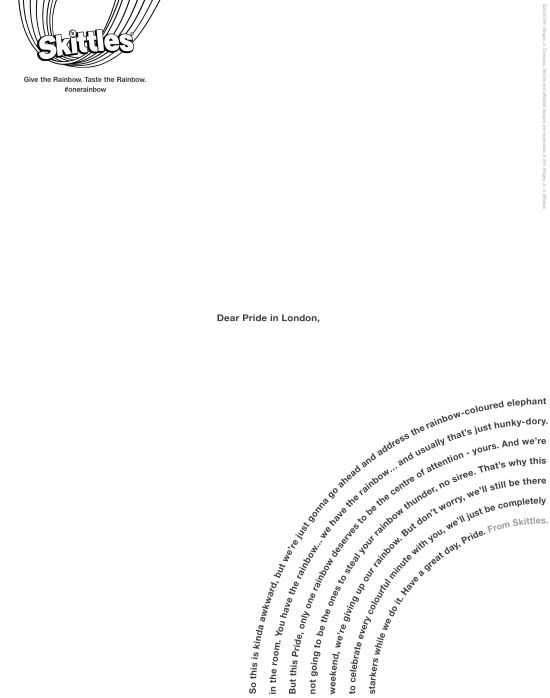