The Influencers 391 1 Add to collection

INFLUENCER: Ruth Simmons , CEO at Soundlounge, on why advertisers might do well to switch from eyeballs to eardrums 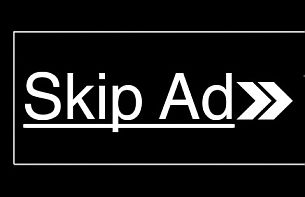 In the early days of the Internet, the mantra was that content would be available ‘like water’. What none of those futurists predicted was the taps and gateways that would hold back that water: auto-start video ads, pop ups and splash images. Site owners, reliant on advertising to fund their businesses, have largely resorted to a carpet-bombing technique in order to drive revenue. Their main success has been to annoy and infuriate everyone. One tech expert ran a test on a popular web page and found that while the actual content was 8kb, the ad content was 9.5Mb. It's the online equivalent of TV ad breaks being louder than the programmes because they know that you’re likely to leave the room, so they shout after you.

While the tea kettle has been the traditional Skip Ad button, the online audience answer has been to install ad blockers and use the YouTube Skip Ad button. In my opinion, the sites and advertisers only have themselves to blame for this. But it doesn’t solve the problem – Campaign magazine pointed out ad blockers are costing the industry billions in lost revenue annually. It’s time to rethink how we can engage with our target audiences – and fast.

Anecdotal evidence says 96% of YouTube users hit the Skip Ad button. (How many times have you clicked on ‘Skip this ad’ as soon as you have the option?) That means advertisers now have four seconds to engage an audience if their lovingly crafted advertisements are to be seen and perhaps start a dialogue with the audience.

The answer is music.

Connecting in less than four seconds is something musicians have been doing for the last 300 years. Great intros, memorable middle eights and earworm chord progressions – they’re called hooks for a reason. How many can you instantly recall? Take our little test to find out.

Music connects before visual communication has the chance to begin the narrative of a campaign message. While the brain is still processing a visual image and making a value decision, music has already engaged. If we can use music to reach a potential customer before he can Skip Ad then the advertiser might have the chance to show that wonderful visual narrative and engage in a conversation.

The potential and possibilities that come with using music to spark curiosity, interest, excitement or delight are infinite. Creatives just need to shift from using it to only support a narrative to a place where it can be used to set the scene before we see anything. It surely has to be a better option than “not interested – how long ‘til I can block you?”

The internet is an opportunity for targeted advertising that creates curiosity and surprise. Let’s take advantage of it.