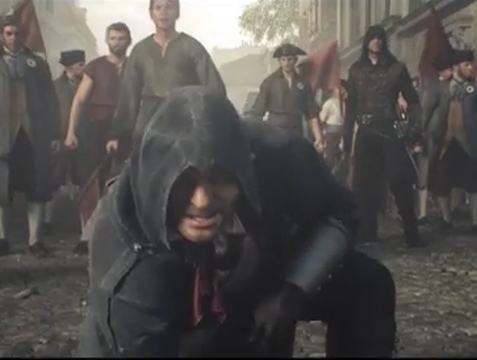 Sizzer Amsterdam partners with Sid Lee Paris for the new Assassin’s Creed Unity international campaign. The Amsterdam music agency has chosen Flume’s The Greatest View to soundtrack the epic trailer of one of the most anticipated releases of the year.

Two cutting edge international creative agencies are behind this campaign : Sid Lee Paris who created the visuals and Sizzer Amsterdam who synced the music. This 60 second game trailer is a proper film: unexpected, with a dark undercurrent and melancholic.

Sizzer Amsterdam found and synced the instrumental version of The Greatest View by Flume - an award winning Australian producer recognised for his distinctive sound, from the amazing Future Classic roster. They were looking for a track with epic elements and mounting tension but also with a new and cool sound. The agency is always on the hunt for the unexpected that still fits a film.

Marcel A Wiebenga - Sizzer Amsterdam, business director - states : "We are well known for original compositions but with this campaign we show the world that we can also propose the same quality of work on searches and syncs. We are hoping for another success like Willy Moon for Martini, Tessa Rose Jackson for Google or Weval for Schweppes’ ".

The challenge for Sizzer Amsterdam was again to find authentic music that fits perfectly with the images and with that to empower the work of the agency and the wishes of the client.