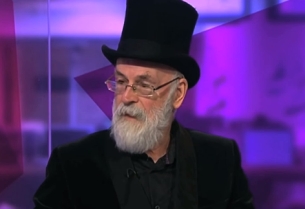 The hard-hitting advert created by the award-winning creative agency ais London and edited by the multi-award winning Sam Sneade will appear on prime time television and in cinemas across the UK throughout June. The advert features a host of famous faces, including Hollywood actor and charity ambassadors Seth Rogen and James Nesbitt, TV personality Arlene Phillips, Dame Joan Bakewell, broadcaster Katie Derham and the late Sir Terry Pratchett who died from Alzheimer’s in March this year, after a long battle with the disease.

The campaign’s objective is to increase awareness of Alzheimer’s Research UK and to establish the charity as the leader in research for dementia; communicating the core message that, with enough support, research can deliver for dementia, the same advances made for other diseases such as Cancer and AIDS. The campaign aims to end years of fear, indifference and stigma towards the condition by inspiring action. Dementia, most commonly caused by Alzheimer’s disease, affects over 850,000 people in the UK and is the biggest killer of women over the age of 65.

Tim Parry, head of communications at Alzheimer’s Research UK said: “Alzheimer’s Research UK’s core aim is to defeat Alzheimer’s and other forms of dementia and we believe that with continued funding and world class research, we will make a breakthrough. To give us the best chance of beating the condition sooner, we wanted this advert to have a disruptive approach in educating the public, to challenge people’s perception that nothing can be done to tackle diseases like Alzheimer’s, and to demonstrate that research has already gone a long way in taming other serious diseases and can do the same for dementia.”

Arlene Phillips, TV personality and carer to her father who was diagnosed with Alzheimer’s disease, said: “The Alzheimer’s Research UK advert brings home the urgent need for more investment in dementia research and I hope it will launch something of a fight back against the condition. Dementia is not something we have to accept, it’s brought on by diseases that our scientists can beat if we all get behind them. We shouldn’t have to just cope with dementia, we should be able to defeat it.”

Geoff Gower, executive creative director at ais London, said: “With so many people affected by Alzheimer’s and dementia in the UK, it’s remarkable to think that the disease is still so misunderstood. Our goal is to highlight how Alzheimer’s Research UK can change the course of the disease in the same way other charities have done before. I sincerely hope that dementia will no longer be seen as an ‘old’ person’s problem and that the charity’s need for funding and support is our collective responsibility.”

ais London and ITN Productions sourced archive television news footage with the aim of creating a powerful public movement in support of Alzheimer’s Research UK. The advert references the advances made in research and technology for diseases like AIDS and challenges viewers to support research into dementia to produce similar advances.

Alzheimer’s Research UK carries out world class, pioneering research across leading UK institutions in order to improve diagnosis, prevention and treatment of all forms of dementia.