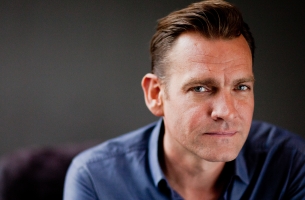 White currently oversees strategy for FCB Inferno, one of London’s fastest-growing and most award-winning agencies. Impressed by his strategic prowess, leadership skills and business acumen, FCB approached White about the role last year when an opportunity to join a new and growing leadership team opened up.

Said Oh: “When Simon and I first met, the two of us bonded instantly over a shared connection: As FCB-ers at heart, we both value the importance of creativity, entrepreneurial-led strategic thinking, and a keen understanding of human behavior and decision making to drive growth, innovation and business results for clients.”

Since joining FCB Inferno in 2012, White has inspired and led the strategy teams behind many of the agency’s new business wins, including BMW and government-roster pitches such as Sport England and the state-run National Savings & Investments bank. White also took a hands-on approach to developing campaigns for marketers including Nivea and Mondelez. He also led the strategy team that created last year’s global viral hit and standout industry award-show winner, Sport England’s “This Girl Can,” which motivated women to exercise by first overcoming their fear of judgment.

Said FCB Global Chief Strategy Officer Nigel Jones: “Simon is that rare, one-of-a-kind planner who knows and values the impact of strategy — rooted in uncovering and deciphering human behavior — to drive positive consumer change on behalf of brands. This is a wonderful example of cultivating and retaining talent across our global network.”

“I’m proud of everything we’ve achieved at FCB Inferno, from a mass of major wins including BMW, to being one of the most awarded UK agencies,” said Simon. “But when the opportunity came up to do the same at FCB West, on Silicon Valley’s doorstep, working with Karin, Joe and Dominic, it was too good to turn down.”

White joined FCB after a 10-year stint at Grey London. Under his leadership as managing director there, Grey was named “Strategy Agency of the Year” by the Euro Effies. He began his career in brand management working for advertisers spanning Mars, Clairol, Durex and Unilever.

To replace White at FCB Inferno, the agency’s CEO, Frazer Gibney, has tapped Giles Hedger, one of the UK’s top-ranked planners, to lead strategy. Hedger, who starts in April, was most recently global chief strategy officer for Leo Burnett Worldwide.