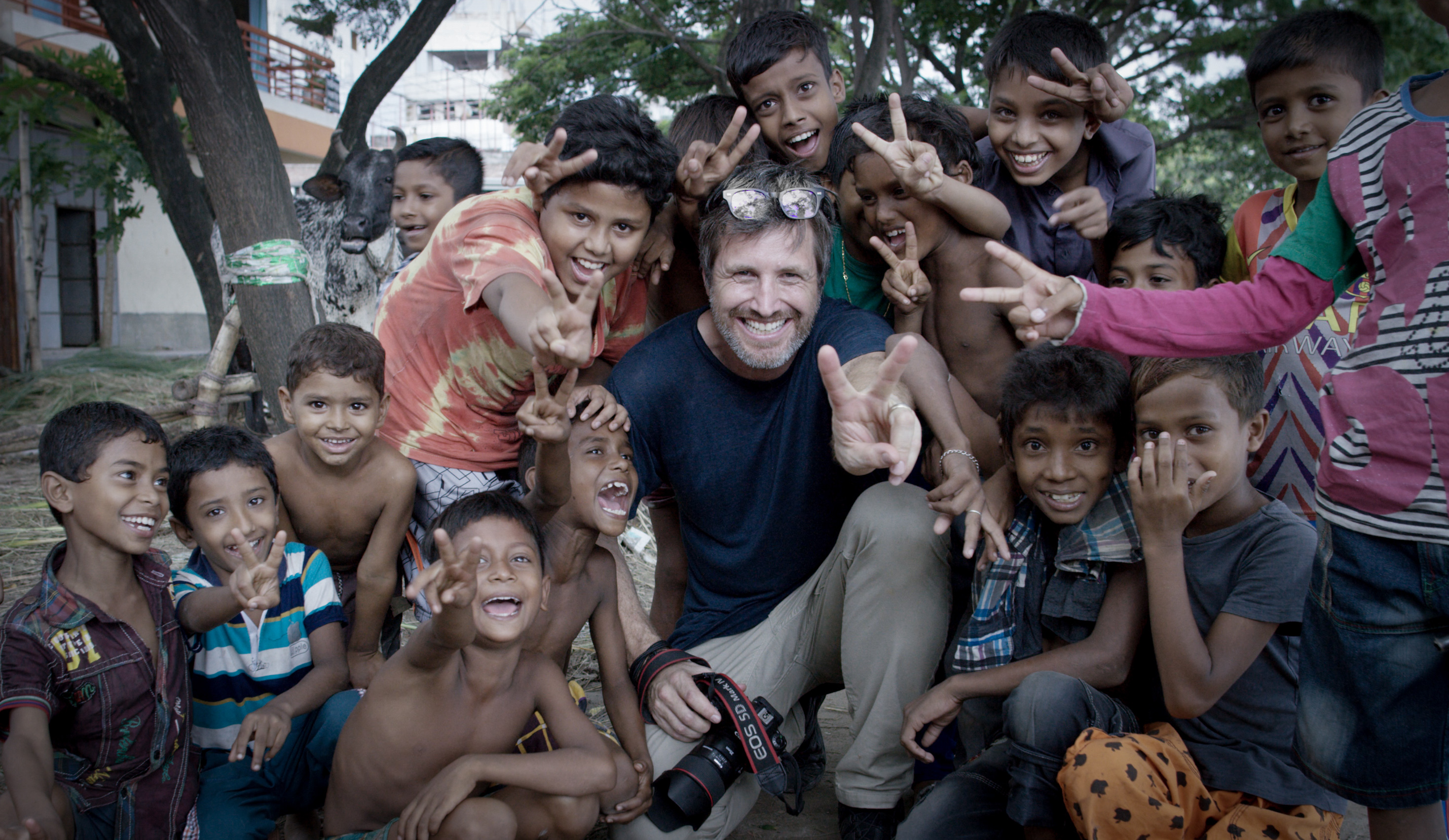 The life of a creatively-driven professional is never routine or mundane. For Nylon Studios Co-Founder and Creative Director Simon Lister, he may find himself running a studio session with an artist for an original composition for a branded campaign in Sydney, Australia one day, then traversing the far corners of India, Africa, Morocco, Africa, Vietnam, Thailand or Mongolia on photo expeditions for UNICEF the next.

His most recent work with UNICEF, along with UNICEF Goodwill Ambassador Orlando Bloom, took him to Bangladesh and is featured on Season 3 of the Canon-sponsored photojournalism docu-series “Tales by Light.”

In the episode, Simon captures the lives of the children who live in the railway slums and the 1.4 million kids who must work to survive on a daily basis in the country. The series will be available to stream internationally on Netflix on December 21st, 2019.

Simon has always found it therapeutic to balance his busy work life running a cross-pacific audio studio with hobbies that feed both his creative and adventurous sides. 10 years ago, the self-proclaimed adventurist hopped on a motorbike with his camera in his backpack to explore communities off the beaten path in remote locations, which eventually led him to UNICEF.

Simon’s nomadic photography jaunts have resulted in striking images that capture dynamic, raw moments of individuals and cultural moments rarely seen during international travels. By gravitating toward remote and interesting locations, he has been able to stray away from being simply a tourist and truly bear witness to the real daily lives of some of the harsher destinations.

It’s not too often that an adventurous hobby transforms into a major project for a global humanitarian nonprofit, but for Simon it all came very naturally.

His work for Nylon does at times extend into his work with UNICEF, including a recent campaign for World Children’s Day starring Millie Bobby Brown, Orlando Bloom, Liam Neeson and Lilly Singh.

However, it is not often that there is this kind of synergy between his two passions, but Simon always brings the energy and fulfillment he derives from his UNICEF photo explorations to his work for global brands and entertainment titles.

Initially sparked by a love for motorbikes and photography, Simon’s  journey transformed his hobby and passion project to a career with one of the most globally recognised humanitarian organisations, and has also provided as a constant source of creative inspiration for all of his work at Nylon.

For a glimpse into more of his photography work, visit his portfolio HERE. http://www.simonlisterphotography.com/