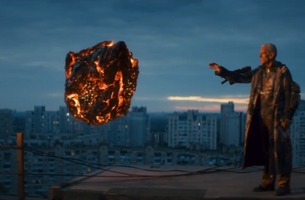 The two new films for the HAN Kjobenhavn SS18 female and male collection explore the world in an apocalyptic state.

An idea that developed both from the brief from HAN who wanted the films to be about tough characters in tough 80s environment but also the SS18 collection itself which, by its tough and military expression, became a great influence and inspiration in the making of the films.

The scenes are set in Kiev. The locations have been carefully chosen for their aesthetics and how their look and tonality play with the colour palette of the collection.