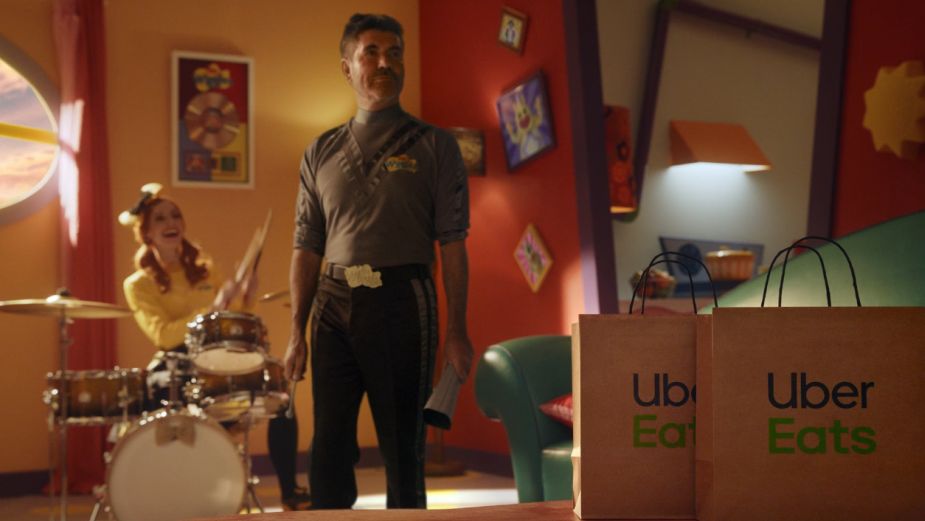 Created in partnership with Special Group Australia, the campaign features Cowell - a world renowned professional music critic - starring as the ‘Grey Wiggle’, the latest member of the family-favourite band. Throughout the campaign Cowell is seen bringing his unique acid tongue to the rainbow skivvied Wiggles as he dishes out brutally direct feedback to the much-loved entertainment group.

This is now the fifth year of the ‘Tonight I’ll Be Eating’ franchise which first debuted in 2017 with stars including Naomi Watts, Beau Ryan, Sophie Monk, Hamish Blake, Andy Lee, Rebel Wilson and Boy George. Since then, the now world-famous brand platform has gone on to win over 40 awards across the globe with campaigns running in over nine different markets.

The ‘Tonight I’ll Be Eating’ franchise has featured unexpected duos including global megastar Kim Kardashian-West and renowned Australian character Sharon Strezlecki from Kath & Kim. In November 2020 the platform was launched in North America with a debut battle between world famous superstars and on screen rivals Mark Hamil and Patrick Stewart.

David Griffiths, head of marketing, Uber Eats ANZ said: “Aussies love nothing more than coming together with their friends and family, and usually, food is at the heart of these sharing occasions. Consequently we are seeing more and more families come into the category. The Wiggles are an Aussie institution and Simon was the perfect person to join the band as The Grey Wiggle. The campaign builds from week-to-week across all forms of traditional, digital and social media so keep an eye out for some amazing collaborations and VIP appearances.“

Max McKeon, Uber APAC creative director, Special Group Australia, said: “The ‘Tonight I’ll Be Eating' brand platform has made its way to over seven different countries, but our latest campaign brings it home strong again - pitting the harsh critique of Cowell against the unbending optimism of the Wiggles.  It not only shows what great sports everyone involved was, but every adult who’s ever had to watch the family-friendly group will automatically empathise.”

The integrated campaign will run across TV, out-of-home, radio, social, digital and owned channels with more Wiggles characters set to appear in upcoming featurettes, including fan-favourites Henry the Octopus.