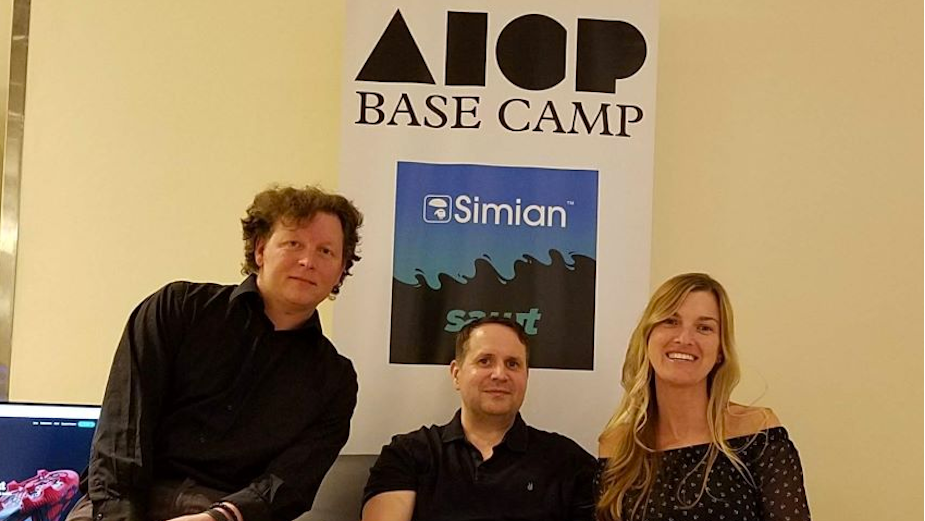 ​Simian, the industry-leading video sharing and collaboration service used by advertisers, agencies, media companies, production houses, post studios and music providers, has underscored its commitment to the commercial production industry by signing on as a supporting partner of AICP, the Association of Independent Commercial Producers.

​AICP represents the interests of independent companies that specialise in the production and post production of commercials in various media—film, video, digital—for advertisers and agencies. With national offices in New York and Los Angeles and regional chapters across the country, it serves provides leadership, guidance and education on issues ranging from labor and employment to business affairs and production standards and best practices.

“Our goal at Simian has been to help people work smarter and more efficiently, and we can’t think of a better way to do that than to support the work of AICP,” said Brian Atton, Simian co-founder and chief operating officer. “Through its programs and its advocacy, AICP has made immeasurable strides to help production companies and post houses stay competitive, profitable and on the cutting edge of media, technology and technique. We’re proud to join as a Supporting Partner and are looking forward to a long and beneficial relationship.”

Matt Miller, president and CEO of AICP, welcomed the company and its support, coming as it does at a particularly challenging time for all stakeholders in the advertising and marketing content creation space. “There’s never been a more important time for independent production and post companies to connect with and demonstrate their range of talent to their agency and brand partners,” Miller noted, “and with the help of our partners like Simian, AICP will continue to be able to fulfil its mission of service, advocacy and education. We thank them for their participation.”

In addition to offering video asset management tools that facilitate reel-building, presentation and review and approval functions, Simian has also positioned itself as a resource for the ad industry, hosting a series of high-level roundtables, both in person and virtually, for agency and brand-side heads of production over the past two years. This follows a long series of hosting roundtable dinners for editors, executive producers and production company owners, as well as providing financial support for AICE, which merged with AICP in 2018.

“Our users are almost exclusively AICP members, or they’re companies which have benefitted from AICP’s programs, guidelines and awards competitions,” added Jay Brooks, co-founder of Simian and chief technology officer. “Signing on as a supporting partner is our way of paying a little something back to an industry that has helped make Simian the product that it is. Their feedback and suggestions have been an inspiration for so many of our most popular features and updates. As far as we’re concerned, it’s been a win-win relationship since day one, and we’re flattered to be able to play a role in the industry’s success.”