Grey London commences the battle of Best Places to Live 2015 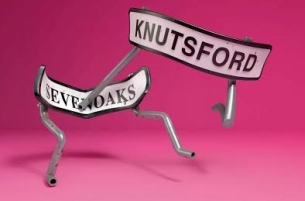 Press executions play on the idea of villages, towns and cities ‘battling it out’ to be named one of Britain’s best places to live in the form of fighting town signs. These three executions reflect four weeks’ worth of editorial coverage: best countryside location, best cities, best towns and suburbs and best overseas locations respectively.

Designed to provide guidance on where to live, as well as being a voyeuristic look at which places can claim to be the ‘best’ in the country or in the world, the lists see The Sunday Times blend data including crime rates, house prices and school performances alongside less tangible assets such as architecture, proximity to natural beauty, culture or life-enhancers such as farmers’ markets and tempting shops.

The campaign reflects the competitive nature of the content and the desire of communities to come top of the list. The activity includes two radio spots, voiced by Jon Culshaw, in which he impersonates a wide range of regional accents from around the UK.