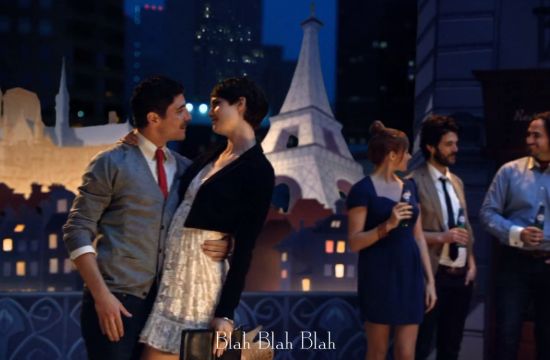 ‘The French Blah-Blah’ is a humorous look at Kronenbourg 1664’s ability to bring a moment of Frenchness anytime, anywhere.

The advert, which will initially launch in Canada before being rolled out to other countries within the Carlsberg Group, is inspired by the world of directors such as Wes Anderson to create a surreal and stylistic film.  It is available to view now on YouTube.

With hints of Parisian chic, the advert sees a group of people enjoying a rooftop gathering, but on closer inspection, the characters enjoy a moment of ‘Frenchness’ as typical phrases and behaviours are featured in a variety of accents.

“Un, Deux, Trois!” says one character in an American accent as she sips her beer.

Medhi Benmamar, brand communication director at Carlsberg Group, says: “Kronenbourg 1664 is a beer that emanates passion, sophistication and charm – all of which are rooted in its French heritage.

“The new, contemporary advertising campaign brings this Frenchness to life in a memorable and very unique way. All is not as it seems in the advert as the camera pans across the crowd at the party. Everyone is different but what brings them all together is their enjoyment of the ‘taste of France’ wherever they are.”

Over the coming months, Kronenbourg 1664 is on a mission to get people to enjoy a sip of France. Share your Frenchness experiences and join the revolution on www.facebook.com/K1664..

Kronenbourg 1664 is the world’s best-known French beer with over 350 years of heritage.