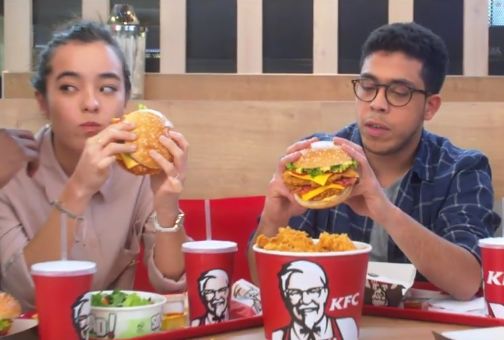 With the Double Stacker launching in France, KFC wants to give everyone the irresistible urge to see double – because after seeing the new sandwich’s two big chicken breasts, you’ll want to see everything doubled.

That’s what happened to football fans during the France-Spain match this week, when the billboards along the field flashed a double KFC logo and the mysterious hashtag #jedédoublerais ('I’d like to double').

Users who checked Twitter found posts from French players Giroud and Kurzawa in homemade videos, talking about what they would double given the chance… Like having two footballs, so they can tunnel through twice as many players’ legs, or a field twice as big so they can make 80 metre-long kicks. At the end of the clips, the players invited fans to tweet what they’d like to see doubled for the opportunity to win it.

Over the course of the following two days, 3,000 fans tweeted in their hopes, and the most creative ideas were chosen.

During the match, fans were also treated to the premiere of the first film in the 'With Real Friends' saga, directed by Manu Payet. The first episode features a group of friends sharing a meal in a KFC, looking at their Double Stackers and musing about what else they could double. The new campaign, by Sid Lee Paris, is the first in the brand’s revamped communication platform, featuring the code of the 'Real Friends', found at KFC. Real friends, with real insights, from real KFC customers.

My Biggest Lesson: “If It Doesn’t Scare You, You’re Not Trying Hard Enough” 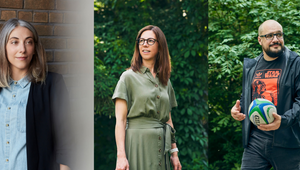 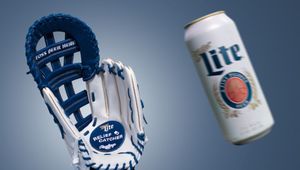