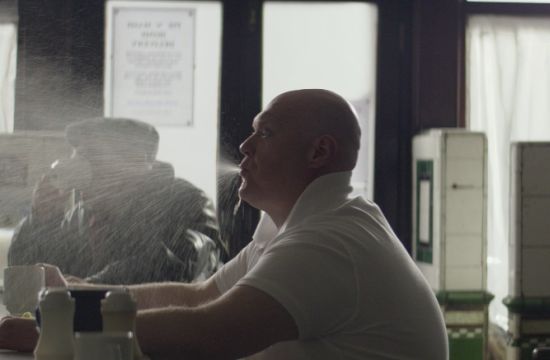 With the announced signing of star English striker Jermain Defoe from English Premier League’s Tottenham Hotspur, Toronto FC has partnered with Sid Lee Toronto to create a campaign that magnifies the move which, we're reliably told, is a tea-spittingly big deal.

The idea for the campaign was born from the insight that historically soccer isn’t seen as big news in North America until it has become ‘footie news’ across the pond. Through this insight, the campaign message was born – It’s A Bloody Big Deal – a nod to both the origin of Defoe’s past and a declaration that his future in soccer is in Toronto.

The integrated campaign launched earlier this week with :10 and :15 second teaser spots appearing in high rotation on major sport networks, with the reveal :30 second spot  launching today. In addition to TV, Sid Lee created a variety of print, online, and out of home executions that will blanket the city for the next five weeks – including posters, digital commuter boards, and a fully wrapped double-decker bus that will travel through Toronto nieghbourhoods and key TFC supporter clubs. Metro even got a special makeover today, with an English tabloid‐style announcement wrapping the daily commuter publication.