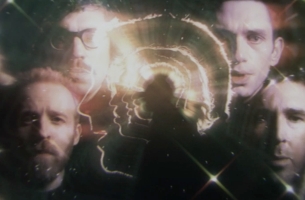 ‘Need You Now’ follows frontman Alexis Taylor as he navigates his way through an eerily deserted coastal town. However the derelict environment is not the only thing that doesn’t seem quite right, as Alexis begins meeting multiple versions of himself, embroiled in a tense time loop.

Shynola have produced music videos for artists such as Blur, Beck, Queens of the Stone Age, Coldplay, and Radiohead, for whom they created a series of 20-second digital micro-movies or ‘blipverts’ for the iconic Kid A campaign.

Finish colourist Paul Harrison, who graded the promo, comments, 'This was a great opportunity for me to work with Shynola once again. This project has a very interesting narrative and the challenge for me was to enhance the story by grading it in a particular way to give it a distinctive feel.  I’m proud to be a part of this project and I’m a big fan of Hot Chip.'