To reward online following of over 440,000 fans 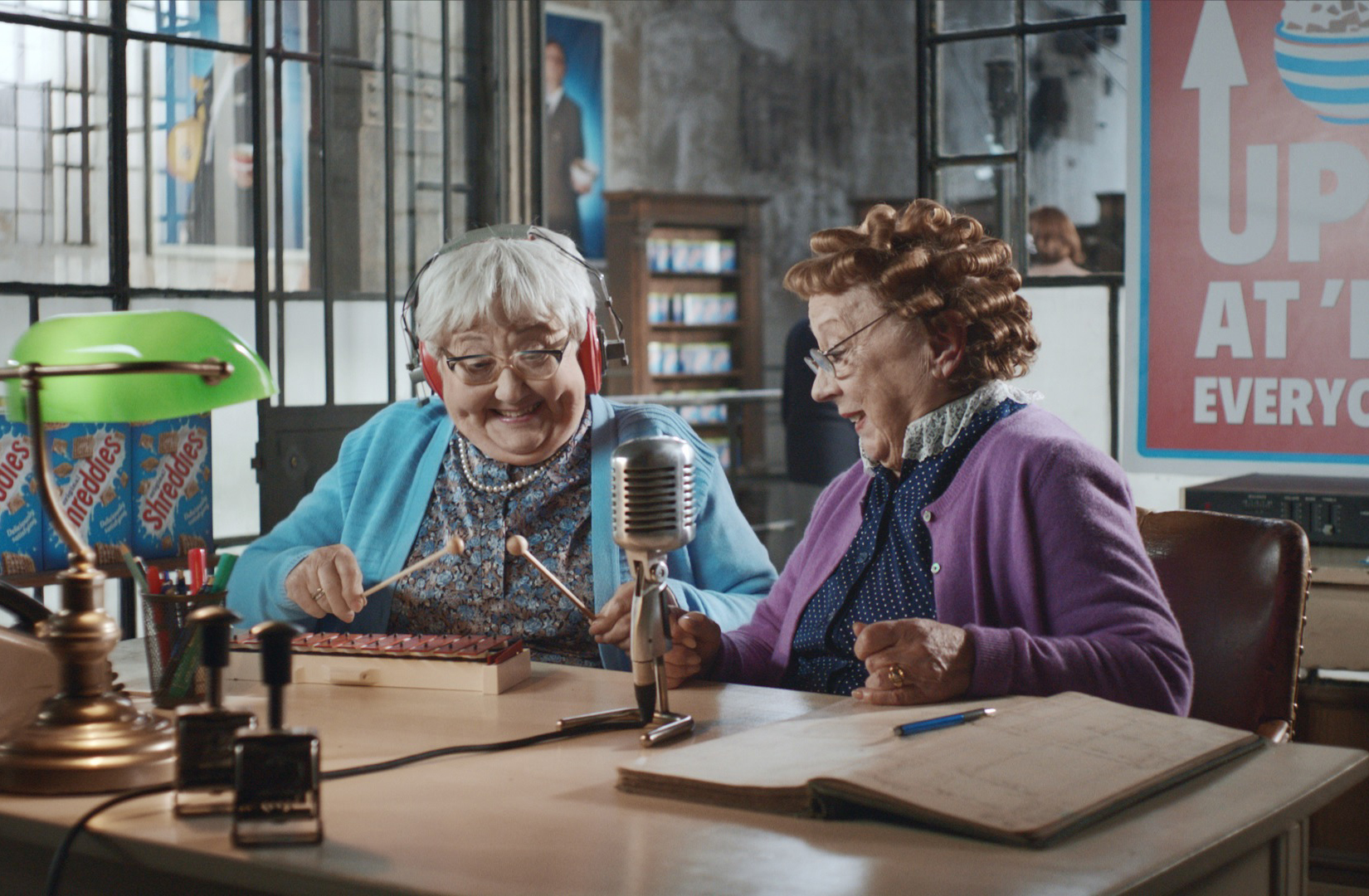 Shreddies launched its new Knitting Nanas TV campaign with a premiere of the ad to its 440,000 Facebook fans on the 26th of March, in a move to reward the loyal online fanbase.

Shreddies had been teasing fans over the course of the past month – providing behind the scene clips and information regarding the new campaign. Last week the brand opened the Shreddies box office, allowing fans access to “tickets” for the ad’s premiere. This ticket also allows them to invite up to five friends to view the ad. The ad breaks on ITV a few weeks later on the 16th of April.

Opening with nana Louise making a tannoy announcement to her staff about the role that Shreddies has as a breakfast necessity, the ad portrays her as a fervent factory head galvanising her Shreddies nanas into action for the benefit of the nation. Nana Louise also uses pictures of the “school run mum” and “businessman” as sources of inspiration for her workers, as she tours the factory reminding her nanas of the people who need their Shreddies for breakfast. She receives a rallying chorus of approval as she tells them their Shreddies “puts the fire” in the fireman’s belly before he heads off to work.

The ad culminates with the brand message “helping you through ‘til lunch” as Louise unfurls the Shreddies banner, a source of pride for the nanas.

Craig Turner, Marketing Manager at Nestlé Cereal Partners, said: “The nanas characters are much loved and have almost a cult following on Facebook with over 440,000 fans. With a mixture of video-on-demand, social media and display advertising, we will reach a much wider audience than with traditional TV advertising alone. The result should encourage increased consumer awareness and engagement of Shreddies and the knitting nanas.”

The ad, created by McCann London, evokes a spirit of unity and national pride as nana Louise raises a call to arms of her famous Shreddies knitting nanas.