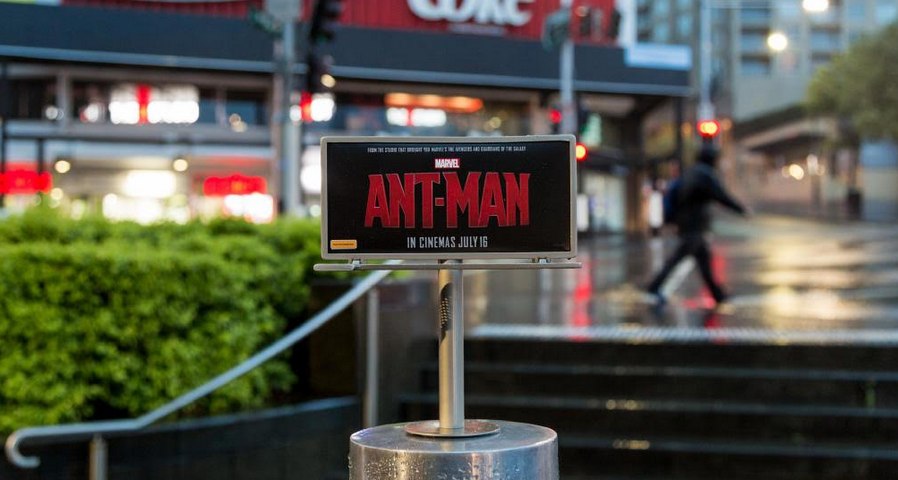 Showtime Marketing built a few hundred mini billboards. In April the company planted the mini Ant-Man billboards all over the east coast of Australia. About 200 in total.

The mini billboards quickly got picked up by pedestrian traffic over a few days and in no time the campaign had gone viral. The buzz was created. Reaching to the other side of the globe. It was a highly successful campaign for the client and for Ant-Man (Marvel).

The internet was flooded with blogs and pictures about the mini billboards sightings. 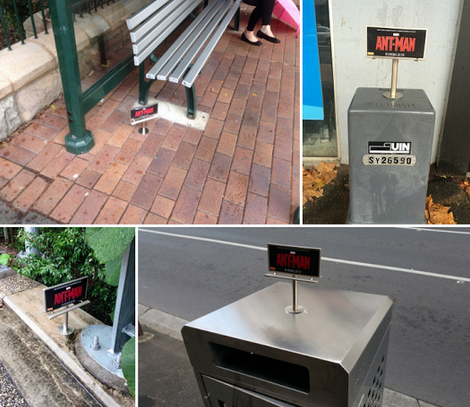 “We will be doing a ‘phase two’ of the mini billboards with different artwork in the next week here in Sydney,” said Showtime Marketing’s Klaus Hutchinson.

“With our team here at Showtime going out in the middle of the morning placing the billboards in key locations ready to be seen (taken) by the morning commuters,” he said.

Showtime Marketing also did a couple of mini bus shelters for Ant-Man that were placed in the city streets.

“One even made it over to San Francisco. And from my understanding there are a few more floating around the globe,” added Hutchinson.