Should Brands Get Involved in Political Conversation?

With the U.S. election just around the corner, we put the question to folk from Razorfish, Geometry, Leo Burnett, and more 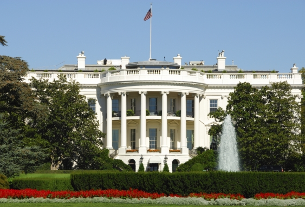 As Skittles and Tic-Tacs both recently got drawn into U.S. political conversation (against their will), the question popped into our mind of whether brands should or shouldn’t ever actively pursue political discourse. More than ever, brands are keen to insert themselves into everyday culture and conversation. But recently it seems that there’s only one thing on people’s lips – politics. From Brexit to Syria, 2016 has certainly been full of political chatter… but the one thing that’s dominated discourse all over the world is the US presidential election and the stranger-than-fiction battle between Hillary Clinton and Donald Trump.

But should brands get involved in political conversation – particularly when the situation is so divisive? LBB’s Addison Capper asked ad industry folk exactly that. 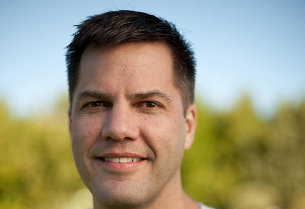 Elections, with all of their media-dominating coverage and endless attention grabbing headlines, are very tempting for brands. Many find it hard not to jump in the action and snag some outsized media attention of their own. However, more often than not, the headlines are about the candidates and their respective scandals and shortcomings – not about the bigger, more important, issues at hand.

Consumers are looking for purpose driven and authentic brands, but unlike a candidate that must take a position on everything, brands can, and should, be selective about the issues in which they participate. While certain issues might be represented by spokespeople who act as the face of a cause, like Emma Watson for ‘HeForShe’, rarely will those personalities be forced to govern in a world of compromises, asked to cast binary votes or be held to the type of scrutiny that would discredit them as an individual.

So how can brands strategically and successfully demonstrate that they are relevant and current in an intense political climate?  In the automotive industry, alone, we see three recent examples:

1. Don’t pick a side: Elio Motors elected to parody the uncompromising divisiveness of the constituencies. As a relatively unknown upstart automotive company, they developed a spot that might appeal to, or offend, both sides of the red and blue state divide. In an attempt to achieve viral success and convey their message, they poked fun at the extremes of our system.

2. Find the common ground: Jeep similarly played off the red and blue theme but rather than focus on division, they highlight our similarities – “What unites us is stronger than what divides us”

3. Set the record straight…if prompted to: Ford, like Skittles and others, was pulled into the conversation by the candidates. In Ford’s case, they issued a series of tweets to correct factual misrepresentations and did so without calling out either candidate to encourage an end to the discussion rather than an ongoing back and forth. 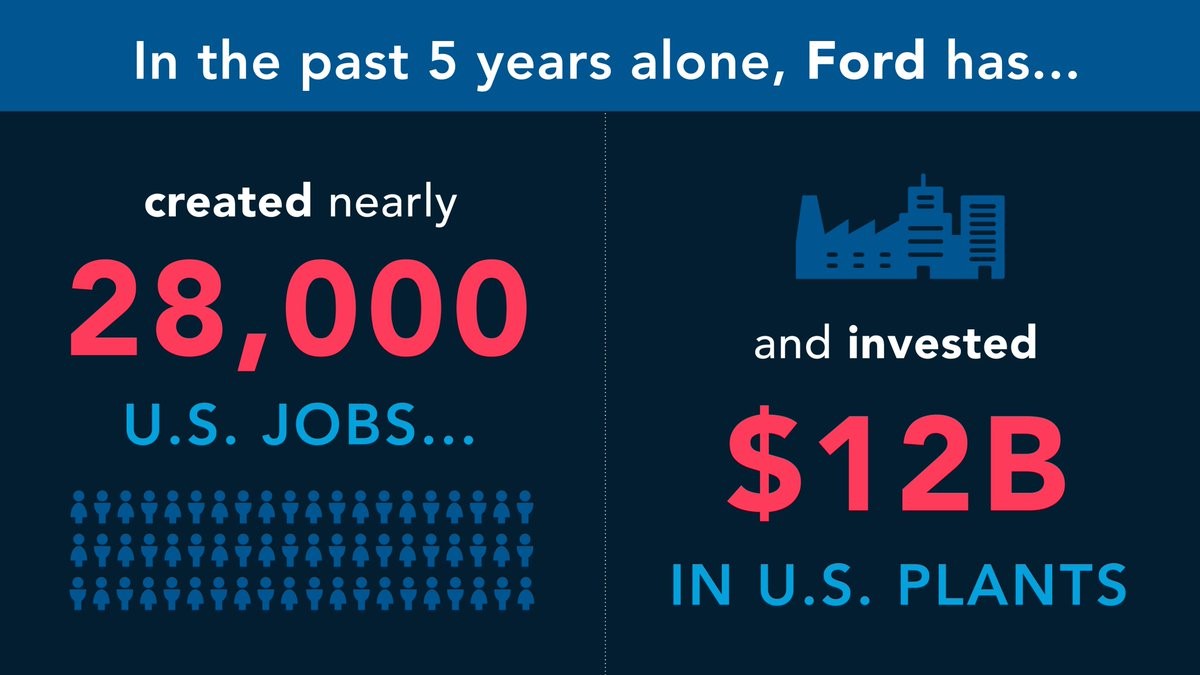 Ultimately, brands should be purpose driven and stand for a cause, not a candidate. 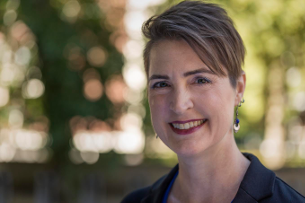 Brands that want to stay relevant today must operate according to an authentic purpose that is part and parcel of their identity. A brand’s purpose is its North Star and should guide its engagement in political exchanges as well.

The Harvard Business Review recently reported (https://hbr.org/2016/06/is-it-safe-for-ceos-to-voice-strong-political-opinions) that CEO activism can positively or negatively influence buying behaviour, but also noted that Americans are sceptical of a CEO’s motivations believing that he or she may only be speaking out for selfish reasons. This shows how important authenticity and consistency are and why brands should align communications and marketing activities with their brand purpose.

Participating in the hashtag conversation of the moment is a sure way to get noticed, but if the engagement is not in line with that brand’s higher Purpose and falls outside its normal topics of conversation, then it will be recognised for the attention-seeking ploy that it is. 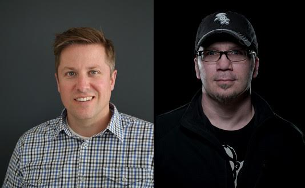 Attaching a brand to something that’s going on in popular culture is a shortcut to insert the brand into popular conversation. And there’s no bigger subject of discussion over the last few months than the U.S. election. That’s why you’re seeing more brands than ever try to get involved in the conversation.

It’s hard to say it’d never be a good idea to pick a side, but for our work on Esurance, we tried to stay on the fence. Since supporters of both candidates have threatened to leave the country if the other wins, the idea of Election Insurance allowed us to poke fun at both sides.

The challenge facing brands who are trying to do election-related work is to find something to say that’s interesting enough to get noticed and shared, but without alienating or offending a large portion of the population. Taking part in a conversation in a noticeable way without taking a side isn’t easy, but it isn’t stopping brands from trying, and many are succeeding. 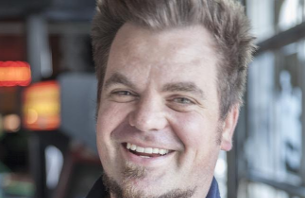 Not only is it right for brands to get involved, but it’s going to be a new differentiator for brands to continue to take responsibility for the impact of their business on people, society and the planet.

I’m not talking about the casual ‘ambulance chasing’ of live tweeting a debate or making a quick visual pun on what products Trump’s hair looks like, but actually taking a stand for the consumers that they serve and the employees that make up their company.

The best example of this was the brands that jumped out to not only take a stance but make actions in support of same-sex marriage. 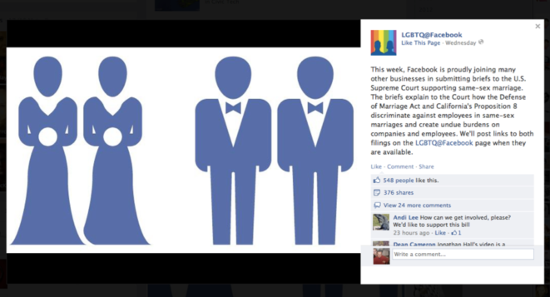 Here are three ways consumers can tell when this is coming from the marketing department to drum up a quick headline or when it’s a stance on a political issue that the brand or business truly believes in:

1. Are they just saying something through social channels or are they doing something about it? Actions matter more than words when brands are taking political stances.

2. Is it in a brand’s editorial authority to take a stance like this? Do they have a horse in the game or is it just a comment or a post taking advantage of a really specific cultural meme? Is the political issue in a brand’s ultimate ‘Why?’

3. Is it a one-off or has the brand shown that they have a real stance on an issue in the past through words or actions?

Is it ever correct for them to ‘pick a side’ in a political election, so to say?

I would love to see a brand stand up and pick a side, but we’ll more likely see brands take stands on specific political issues than to put their vote on a specific person or political platform.

But if you do take a side, you better be able to back it up with your actions as a complete business. The internet knows all and as quickly as they can fact check Hillary, they’ll fact check your stance against all parts of your business. So it may be a good thing to consult more than just your marketing department before you make a political stance. 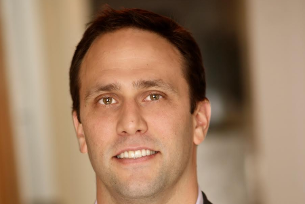 Brands can and should get involved in the appropriate situations.  And in some situations it is necessary for them to get involved. More and more customers expect the companies they work with to have clear values and positions on issues. Staying silent can do more harm than good.

We have seen brands get involved in issues like IP protection, gay marriage, minimum wage and improve their image as a result. We have also seen many get into trouble.

Before embarking on an issue, the following must all be true:

1. There must be a bigger reason beyond self-serving corporate interest.

2. The company must actually live the values it espouses publicly.

3. The company has to be prepared to lose customers and withstand attacks by those who oppose it – this is inevitable and not necessarily a bad thing. 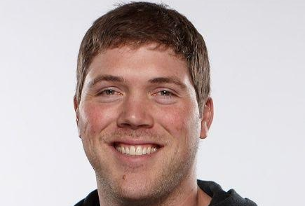 -You have an established record of representing and advancing an agenda of greater cultural and social value than the bottom line.

-That agenda mirrors the views of your consumers (or at least the ones you care most about).

-Involving the brand in political discourse will advance the views of your consumers.

-Not getting involved in political discourse will threaten the views of your consumers.

Brands today are more than the stories companies tell us about themselves. Modern brands are the sum of their actions. More and more, consumers judge brands not by what they say, but by what they do. And smart brands embrace this. They recognise that their actions, when guided by a clear and transparent purpose, have the power to simultaneously advance both their beliefs and those of their consumers.

And let’s be honest, brands have held behind-the-scenes political influence for decades; in this age of transparency shouldn’t it be out in the open as a beacon of belief? 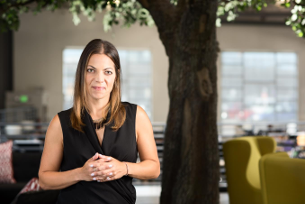 With everything that’s going on in our world, 2016 is on its way to becoming the pinnacle of behavioural economics. A time when our emotions dictate how we spend, invest and support businesses.

Which is why this election year is also different. Okay - one of the reasons. In the past, we all sat idly by watching celebrities endorse politicians. Sure, celebrities have their own ‘brands’, but mostly we perceive them as individuals. But what about the brands we purchase and use on a daily basis. What happens when they endorse a politician or a cause?

In 2012, when Howard Schultz supported Obama, no one flinched or bought one less or one more Frappuccino. Because it was expected and approved. A sitting popular President is not a controversial statement.

Is that the same for a brand? One of the first bold public companies to come out as a brand – not a person – and support the new world of campaign financing was actually Miracle Gro. A somewhat agnostic brand that doesn’t draw a lot of attention. And in fact it didn’t draw much with the company-funded donation to Mitt Romney. Maybe because the brand itself is a quiet one – like Romney. Maybe because its rationale was sound – Romney stood for a growing economy. Or maybe because no one knew. That’s not the same for Yuengling who is facing a boycott from beer drinkers after they publically supported Trump. Is it because it’s Trump? Is it because their only explanation is that their business will thrive – and it doesn’t tie to its beer drinking constituency directly or easily?

What if the only question was, ‘is it worth it?’ Or more so, ‘can one CEO or board decide what an entire brand thinks?’ As a consumer and a marketer, I feel like an integral part of many brands. I didn’t get the call from one of my favourite beverage companies about their endorsement. Did you? 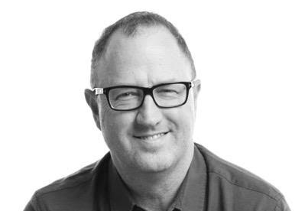 This year’s race has polarised our nation more than any other presidential election in my own recent memory. The prevailing attitude seems to be that this race is less about whom you want to win and more about whom you don’t want as president. Ironically, this shared approach has unified our nation under an umbrella of discontent. For brand marketers, this is an ideal dynamic. Few brands are interested in taking sides and running the risk of upsetting half of their customers (or 44% depending on which poll you believe). But embracing the collective national discontent? Absolutely. A message like “we too are ready for this national nightmare to be over” has the ability to resonate with people no matter who they don’t want to vote for. Say it in a clever or humorous tone and you’ve got a great message that is current, non-polarising and, if you’re lucky, retweetable.