This collaborative virtual event will feature over 31 horror films from various countries, several panels, and filmmakers presented by the Nighstream Film Festival 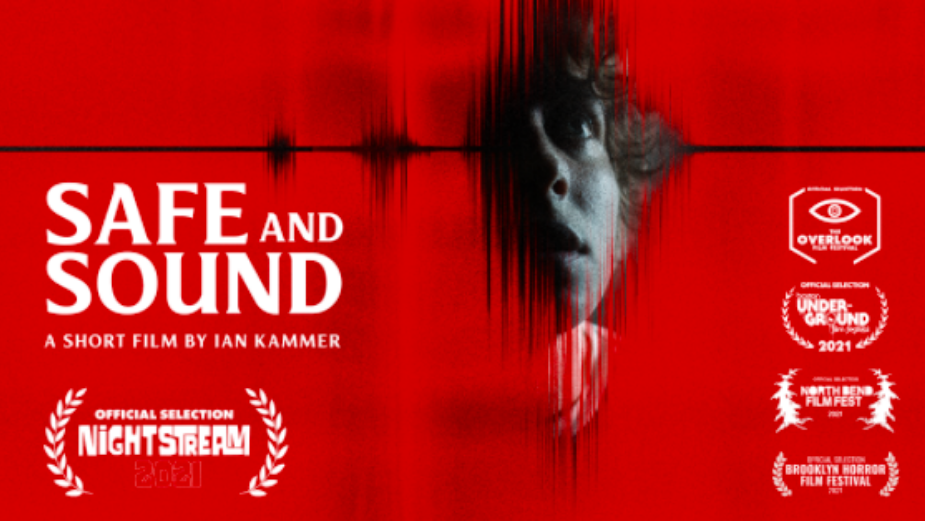 Safe and Sound - a short horror film that follows the story of a babysitter who is haunted by a home security system and challenged to survive the night - will screen virtually at the annual Nightstream Film Festival. The event will take place from October 7-13, 2021, featuring over 31 horror films, panels, and filmmakers.

Helmed by Valiant Pictures director Ian Kammer, Safe and Sound tells the story of a babysitter, Mia, who is watching a precocious 6 year old and is stalked by a shadowy presence that affects the home security system. As loud beeps go off whenever a door or window is opened, the system becomes a terror and she has to survive the night.

SAFE AND SOUND -Trailer from Ian Kammer on Vimeo.

In response to the impact of COVID-19 pandemic, the collaborative online event Nightstream was launched by organizers of a number of American genre festivals across the country to present a dynamic and accessible virtual film festival beginning in October 2020. This year’s event is produced by the Boston Underground Film Festival, Brooklyn Horror Film Festival, North Bend Film Festival, and Overlook Film Festival.

Director Kammer grew up in a rainy Pacific Northwest town and left to attend Art Center College of Design in Pasadena. With a background in still photography, his approach to visual storytelling is guided by a delicate balance of cinematography, character development and art direction. He has been recognized at Clios, D&AD, AICP, Cannes Young Director Awards, Porsche International Student Advertising Film Awards, and Vimeo Staff Picks. His past clients include Citibank, Capital One, L’Oreal, and Microsoft; among others.