Booking.com celebrates the range of feelings that traveling evokes in latest iteration of ‘Live Curious’ campaign created by adam&eveDDB 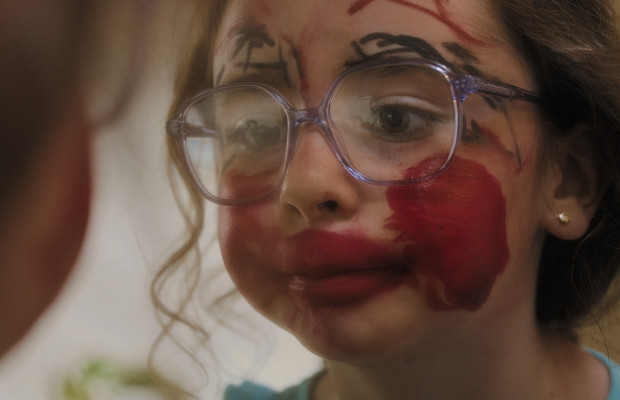 Booking.com, the digital travel leader connecting travellers with the widest choice of unique places to stay, a range of must-do travel experiences and seamless transport options, and adam&eveDDB have released the next iteration of its ‘Live Curious’ advertising campaign. Directed by Fredrik Bond through MJZ with DoP Monika Lenczewska, th­­e new creative work celebrates six real human moments, packed with emotion, to capture and celebrate the range of feelings traveling evokes in all of us. From joy and freedom to determination and wonder, each moment is made possible by one of Booking.com’s product features.
From whooshing around freely at a beautiful sea-side resort that’s wheelchair accessible, to building up the courage to jump into the deep end of a refreshing villa-side pool, this campaign seeks to inspire British travelers to ‘Live Curious’ in a positive, real and relatable way. A key feature of the campaign is the role that music plays in each moment to awaken the senses and celebrate the way that ‘Living Curious’ makes travelers feel. The six songs featured to conjure this spectrum of feelings include ‘Freedom’ to Dolly Parton’s ‘Here You Come Again’; ‘Determination’ to Barbra Streisand’s ‘Gotta Move’; ‘Confidence’ to ‘Betty Davis Eyes’ by Kim Carnes; ‘Wonder’ to Yazoo’s ‘Only You’; and ‘Joy’ to "I Am The Very Model Of A Modern Major General" from Pirates of Penzance.
With over 6 million reported listings in homes, apartments and other unique places to stay, as well as seamlessly connecting people with great things to do in over 150 destinations and transport options they can trust in virtually every corner of the globe, Booking.com empowers travelers to experience the world while awakening the inner explorer in everyone.
The Live Curious campaign is a 360 integrated campaign that includes six brand films. Each is available in a series of 20- and 15-second films, social content for Facebook, Instagram and YouTube as well as radio to further underpin the campaign.
view more - Creative

Music : The Self Same