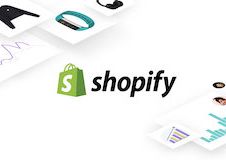 Shopify Studios will leverage strategic partnerships with internationally known creators and production partners to develop, produce, and finance an array of projects for streaming platforms and traditional networks.

The company has already set deals with Anonymous Content, Spoke Studios (part of Brent Montgomery’s Wheelhouse Entertainment), and Saville Productions – the award-winning production company behind Werner Herzog’s Lo and Behold: Reveries of a Connected World and From One Second to the Next, among others – to develop entrepreneur-focused docu-series and feature-length documentaries.

“Behind every product, system, and modern convenience that makes the world turn is an entrepreneur with an idea,” said Jason Badal, head of Shopify Studios. “The entrepreneurial mindset has fuelled discoveries, built industries, and led to every significant innovation that’s shaped our society. We believe that spirit is inherent and present among us all, whether we realise it or not, and Shopify Studios’ content aims to inspire the next wave of creators and iconoclasts to embrace and manifest the possibilities before them.”

Added Wheelhouse Entertainment chief strategy officer Ed Simpson: “This partnership with Shopify embodies Wheelhouse and Spoke’s mission to work with forward-thinking businesses at the source of concept-creation, essentially developing bespoke content. We see this as one of the hallmarks of our company and are ecstatic to have such an exceptional partner.”

Said Saville Productions founder and executive producer Rupert Maconick: “Shopify is leading a path of innovation for how companies approach entertainment content, and we are very excited to partner with them to inspire entrepreneurship through storytelling. Our mission has always been to create content that provides true entertainment value, and Shopify Studios' commitment to developing narratives that are thought-provoking and entertain viewers makes it a perfect synergy.”

Each 20 to 30-minute instalment of Studios Films features an extraordinary story of an inspired individual who has taken the leap into entrepreneurship, overcoming adversity in order to build a business and create positive change in the world. From the story of Hiut Denim founder David Hieatt and his plan to bring 400 jobs back to a small Welsh community, to Vaute founder Leanne Mai-ly Hilgart’s struggle to keep the world’s first vegan fashion brand alive, Studios Films features dynamic entrepreneurial stories from across the globe. Others featured include streetwear designer Colm Dillane (aka KidSuper) and Green Glass founder Oscar Munoz.

This docu-series examines the relationship between where individuals live and what they choose to create. From Key West to Kyoto, each episode takes viewers to a new part of the world to explore the unique entrepreneurial opportunities the area offers – featuring stories of several merchants, linked by their shared location. And Nowhere Else examines the challenges entrepreneurs face in building and operating businesses in different communities, as well as how they are tied to the history of commerce in the place they call home.

In addition to the above series, Shopify Studios’ new weekly podcast, Vanguard by Shopify Studios, debuts Wednesday, January 30th on Apple Podcasts, Spotify, and Google Play. The show’s trailer is now available on all platforms.

Hosted by Anshuman Iddamsetty, the podcast explores the secret economies at the vanguard of culture. Every week, Anshuman brings listeners a 20 to 30-minute, narrative-rich deep dive into a compelling, yet previously under-explored cultural moment. The premiere episode features the story of Courtney Alexander, an artist who finds herself through the creation of a wildly popular, bespoke tarot card deck that explores black identity.