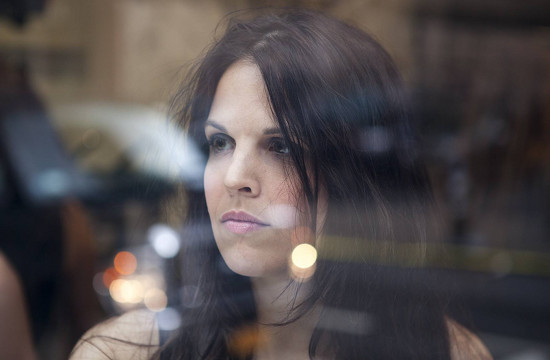 ShootersNYC, the creative multi-dimensional content company, has signed Editor Debbie McMurtrey to the company’s roster, which also includes Editors Anthony Marinelli, Dave Bradley, and Mark Hutchinson; as well as a large resource of editorial, design, visual effects, and post talent within the Shooters family of companies.

For Ray Carballada, ShootersINC President/CEO, the addition of McMurtrey continues the company’s overall strategy to draw talents with long-standing client relationships; and the ability to work easily within the company’s integrated approach. “Debbie is an incredible Editor, who has worked on commercials, as well as long-form projects for some time,” explains Carballada. “She epitomizes the kind of talent we are looking to add to Shooters.”

According to Managing Director/Executive Producer, Jeff Beckerman, McMurtrey is a unique talent. “Debbie has such an innate skill as an Editor,” he notes. “Storytelling comes very naturally to her. All you have to do is look at the diversity of commercials and long-form projects she has taken on, and you can see that she is an Editor with an amazing sense of timing and creative discernment. Debbie’s talent for cutting real people and documentary-style work is a perfect fit for the needs of commercial and digital clients right now. We’re really excited to have her aboard.”

Whether in a crowded edit suite or working independently, Editor Debbie McMurtrey always finds the best way to tell a compelling story. With hundreds of national and international commercial campaigns in her pocket, Debbie has also found time to cut award-winning shorts and feature-length documentaries, TV show pilots and web content. Debbie launched her editing career at Crew Cuts in 1999, rising quickly through the ranks. In 2002 she was a finalist in the “First Boards Awards,” which honored the best new talent from around the globe. From there, her career rocketed forward as Debbie has worked at Nomad, Cutting Room and Red Car. McMurtrey has cut spots, TV shows, campaigns and even SNL parody’s for a diverse client list, including the NFL, Google Creative Labs, Mountain Dew, Pepsi, Comcast, the US Olympic Committee, and Gillette.

Her commercial projects have found McMurtrey collaborating with such leading ad agencies as BBDO, The Martin Agency, Droga5, and client direct with Google. A favorite among Directors as well, McMurtrey has just collaborated once again with Director-Producer Greg Kohs, but this time on his new feature-length documentary, “The Great Alone” about the four-time Iditarod champion Lance Mackey. McMurtrey has just completed around-the-clock work on the documentary, due out this year on the festival circuit, and is just now available to work again on commercial projects via Shooters.

“I had always been a fan of Shooters,” notes McMurtrey. “When they opened their office here in New York, I watched them carefully and was happy to meet and talk to Jeff Beckerman last year. When it turned out that Greg was editing his documentary here at Shooters, and he wanted me for the project, all the stars sort of lined up for us all to collaborate. I couldn’t be happier being part of the team here at Shooters, which has so much to offer in terms of creative talent.”

“Debbie is a very thoughtful storyteller,” says Director-Producer Greg Kohs. “She has an incredible amount of energy, and outlasts everyone in the edit room. She always has an intimate knowledge of the footage she is working with, and has a real eye for putting a story together.”