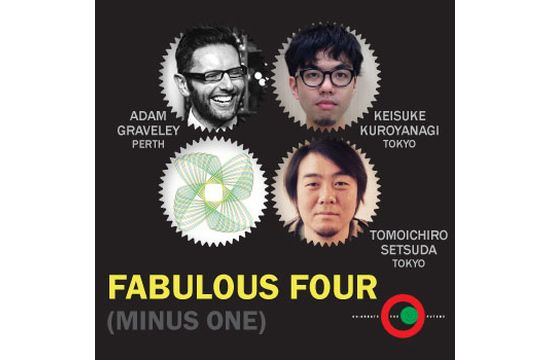 In a surprise decision, the Film Craft Lotus and New Director Lotus jury voted unanimously to disqualify one of this year’s Fabulous Four directors for the first time in ADFEST’s history.

The jury said the Bangkok director’s short film had nothing to do with the original script submitted, ‘Love for Now’, violating the rules and regulations of the Fabulous Four program.

“Of the 24 Fabulous Four scripts we originally received, we chose four because we felt they had the most potential to develop in film format. Unfortunately, one of the directors sent us another film, which has nothing to do with his original script. It wasn’t a difficult decision – he didn’t comply with the rules, which meant someone else missed out on the opportunity to participate in this year’s Fabulous Four,” says Hozefa Alibhai, Managing Director of 200 not out FILMS in Mumbai and Jury President of Film Craft Lotus and New Director Lotus.

Diederik van Middelkoop, Creative Director & Managing Director at MassiveMusic in Shanghai, added: “It means one person who would have got the chance to be a Fabulous Four wasn’t voted in. So we could only disqualify him.”

Jimmy Lam, President of ADFEST, says: “It’s a very sad thing, a disqualification has never happened before in all these years of running Fabulous Four, but we totally respect and agree with the decision of the jury and believe this makes a very strong statement for the Fabulous Four contestants in the future to closely follow the conditions of entry.”

“Overall I think the bar has been raised this year. It’s not that easy to go about planning and getting a film ready in just one month. The production quality, the music, the craft – I think these new directors are finding ways of getting finesse into their work. Each of the directors made a very good effort in bringing their films alive,” says Alibhai.

The Fabulous Four directors had just a few weeks to cast, direct, shoot and edit their film scripts in time for their premiere at the ‘Short Films By the Fabulous Four 2014’ which screened at ADFEST earlier today. The director who is most highly commended will be announced tomorrow night at the Lotus Awards Presentation at the Royal Cliff Hotels Group in Pattaya, Thailand.