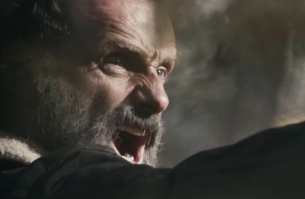 Award-winning creative production company, Shilo, and director Jose Gomez recently created an intriguing trailer for the return of AMC’s The Walking Dead. The trailer, which features a good portion of the show’s cast fighting an unknown enemy through a thick mist in the woods, was the result of a close collaboration between The Walking Dead’s writers, producers, Gomez, and the rest of the team at Shilo.

“The show came to us with the idea that they wanted a trailer that showed conflict without showing zombies or the other human characters in the show,” says Gomez, who is also Shilo’s founder. He continued, “As the writers and producers reviewed our scripts for the trailer, a single theme began to emerge: survival.”

A voice-over in the trailer by Andrew Lincoln’s character, Rick Grimes, supported by a soulful score composed by Patrick Watson states “Surviving––surviving together is all that matters.” What follows is a brief focus on each cast member bravely facing an unseen danger.

Cary Flaum, executive producer at Shilo, said of the process of creating the trailer, “initially, we were only going to feature four members of the cast, but as the idea gathered excitement with the producers and writers, the show decided to bring in the entire cast.” The result is a piece of sharp, compact storytelling that captures a major theme of the entire series while setting up the action for the remainder of season 5.

Shilo is widely recognized throughout the industry for its ability to provide full-service creative solutions at every stage of the process from initial concept to post-production.

Gomez comments, “we’ve created a space for ourselves where we’re known for great animation and motion graphics, but also for being a company that produces high-end live action and is serious about soup to nuts production.” Shilo’s latest work with AMC represents continuation of those efforts.

Gomez offered a piece of information for fans gripped by the mystery in the trailer, “Facing the unknown is metaphorically represented by the mist of the forest. It represents all their enemies, whether it be the undead, the living, or the character’s own demons.”