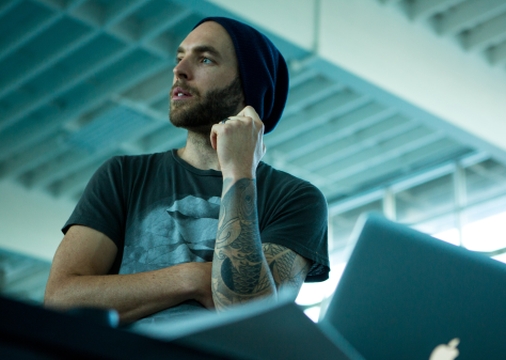 “Iʼm so thrilled to welcome Ash to the roster!” said Founder/ECD Jose Gomez. “His work is stunning, sophisticated and inspiring across the board, from live action to design and animation. He is without a doubt one of the great talents in the business and we couldnʼt be happier to collaborate with him.”

Thorp is a director, designer, illustrator, and artist for a multitude of media, including feature films, commercials, and print. With an exceptional style of his own, he has quickly gained recognition among the industry, most notably for his role as lead graphic designer for Enderʼs Game and Total Recall. He has also contributed to the design direction and concepts for Person of Interest, Prometheus, X-Men First Class, the Amazing Spiderman 2, and many more titles. His work has been featured on Motionographer, ImagineFX, Kotaku, and Art of VFX.

In addition to these feature projects, Ash directed an international team of over 30 members on the Ghost in the Shell tribute titled ʻProject 2501ʼ, wrote and co-directed the main title for OFFF Barcelona 2014 and has created feature film tribute prints for Mondo.

He also launched his own series of illustrations titled ʻLost Boyʼ, which is in development for additional media to be announced soon.

Thorpʼs move to Shilo comes at an exciting time for both he and the studio. Shilo has been busy with a wide variety of projects including character animation, stop motion, 2D animation, design-heavy visual effects, and live action. “One of the things that attracted me most to Shilo was the opportunity to do bigger projects and the chance to work in different styles. Thereʼs a great team of artists, designers and fellow directors at Shilo that I look forward to collaborating with.”