Set for worldwide representation outside the UK 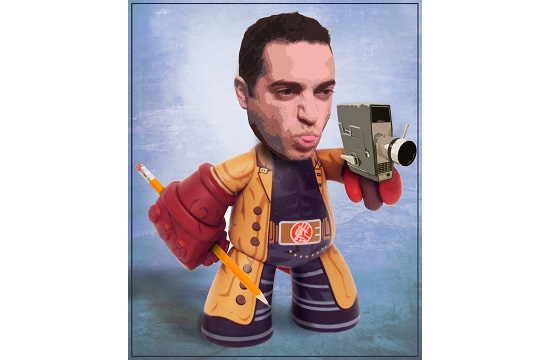 The filmmakers from U.S. creative production company Shilo are very proud to announce the addition of multitalented director Daniel Cohen to their directorial roster for worldwide representation outside the U.K., where he continues to be represented by Aardman Animations.

A native and lifelong resident of London who recently relocated to New York City, from an early age, Daniel dreamt of a life in the creative industry. Initially he focused on being a sculptor, which led to him building miniature sets and animating them. He was accepted into film school but left after a year to join Graham Fink's production company thefinktank as a runner in 2003. As the now-famous story goes, one day a script came in for Graham that Daniel took an interest in and secretly wrote a treatment for. Graham liked it and submitted Daniel’s treatment as his own. The agency awarded him the job, at which point Graham came clean and told them that it was actually a young office runner who would love to direct the commercial. They agreed and that live-action project for Nelson Mandela's READ charity won Daniel the Creative Circle's Best Newcomer Award in 2004, setting him firmly on his own path as an emerging director.

With his passion for immersing himself in all areas of the filmmaking process – from creating his own storyboards to building sets – Daniel has used his hands-on approach to successfully guide ad agencies and clients through the complexities of production. Through late 2006, he directed commercials and short films involving live-action and animation for thefinktank and many major brands and agencies, some of which he wrote himself, like his RMCC short which earned a Gold ADDY Award. He then spent three very productive years on the roster of Th1ng, followed by two more years with HLA, before landing with Aardman Animations, which continues to represent him in the U.K. Daniel’s signature style has been seen in campaigns for Amnesty International, Hellmanns, Hovis and many others, including a 2012 British Arrow Craft Award-shortlisted cross-media campaign for Bullring Shopping Centre.

"Daniel is an awesome addition to the Shilo roster as he has a style to his work that is very handcrafted and whimsical," said Jose Gomez, Shilo’s owner and director. "I really love how his work is clever and witty. As we expand our roster of artful and design-driven directors Daniel is the perfect fit for Shilo to expand our offerings."

"I am always looking for work where I can use my imagination - that's where I'm happiest," added Daniel. "I love to think like a child. Shilo's work has always impressed me, as it has a broad range of mixed media, which is particularly appealing to me.  I am determined to work hard to make this move successful."