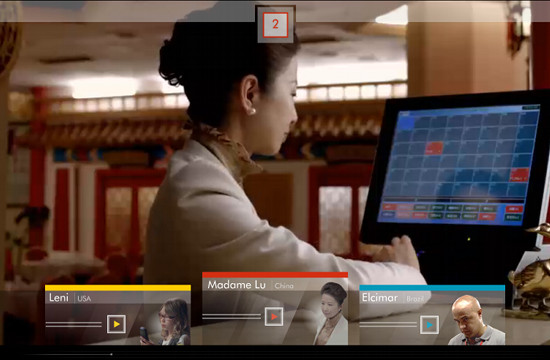 Shell has launched a global interactive video to encourage consumers to think about the role and importance of energy in their day-to-day lives.
The activity is part of Shell’s ‘Let’s Go’ corporate brand initiative and builds upon the global above-the-line ‘Energy Mix’ campaign.
The interactive work uses the narrative of the TV executions, created by JWT London, and allows the user online to decide where the action goes next. This allows the user to gain more information about the energy being used, where the energy comes from and also Shell’s energy contribution today and tomorrow.
JWT London worked in close partnership with Interlude to create the digital activity, which runs on YouTube, Shell.com and also Facebook. By allowing further interaction the aim is to encourage users to acquire more information about the energy debate and learn about Shell’s contributions to broadening the global energy mix to deliver a more sustainable energy future.
JWT worked with Interlude to make the real time interaction possible, with MediaCom managing placement of the work in the online space.
Interlude has created the technology that powers online real time interaction creating seamless video storytelling.
Malena Cutuli de Tur, Global Brand Communications Manager at Shell, said: ‘The real time interaction is only possible due to Interlude’s cutting edge technology. To date this technology has primarily been used for entertainment and pop promos. Shell is delighted to have been able to partner with Interlude to use this technology as part of the ‘Let’s Go’ campaign. It has allowed us to create content that will appeal to a younger audience, an audience that need to be part of the debate about our energy future”.
The interactive film can be seen below: