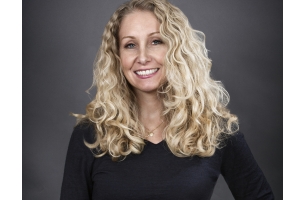 Film and TV marketing veteran Sharre Jacoby has been named Executive Producer of Buster, the award-winning animation and design studio of Los Angeles-based Stun Creative. She will report directly to Stun Chief Creative Officer Michael Vamosy, who made the announcement today. Jacoby will oversee all aspects of production at Buster, and take an active role in new business development.

“Sharre is tremendously talented and will be a great resource for our clients,” Vamosy said. “She brings a comprehensive understanding of our business today, where a good idea can drive work across all platforms. She works collaboratively and will bring out the best in our team.”

“I am excited to help run a department that feels close and intimate, but is also established and successful, with an amazing infrastructure,” Jacoby commented. “I was always impressed by the caliber of creative talent at Buster and look forward to continuing to deliver innovative ideas and smart production solutions for all our media and consumer brand clients.”

Prior to joining Buster, Jacoby was Executive Producer/Head of Operations at Pembrook Productions, a full-service design and marketing agency whose clients include HBO, BET, Discovery, OWN, ITV and Lifetime. Before that, she was Senior Producer, and then Head of Production at New Wave Entertainment where she worked for over a decade producing film main titles and broadcast design for clients such as HBO, MTV, Discovery Channel, BET and Bravo. She began her career working as a Post Production Supervisor/Post Producer on films including Terry Gilliam’s The Fisher King and Robert Duvall’s The Apostle. She has been honored with PromaxBDA Gold for Discovery’s “Shark Week,” a Create Award for HBO’s “Sports of the 20th Century” main title design, and an EMMY nomination for “On the Record with Bob Costas.”

“It’s a very exciting time for Stun and Buster, and Sharre is a fantastic addition to our team,” said Brad Roth, Principal/Co-Founder at Stun Creative. “She is a great leader with enviable experience and high creative standards, and is an amazing resource for our clients—both entertainment and consumer product brands—as she is able to anticipate their needs and deliver for the full gamut of animation and design projects.”