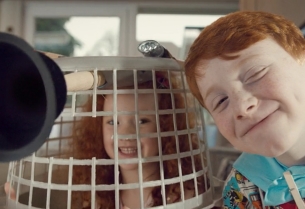 The launch campaign includes 2 strands of TV activity. The first is a series of launch spots which dramatise people’s passions for BBC programming and services and promote the heart button. These will be followed by a series of ‘Influencer’ trails, featuring some famous faces describing the content and services they most love from the BBC and driving people to www.bbc.co.uk/love to discover more.

No7 Goes All Inclusive for 'We See You' Healthy Skin Campaign