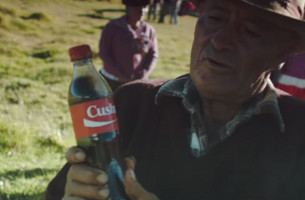 Despite its success, Coca-Cola’s Share a Coke campaign did not encompass native names in many countries, especially in Latin America. The original campaign was especially welcomed in Peru, but due to the country’s diversity many couldn’t participate because of their native names.

In response to that, McCann Lima created a voice recognition drinks dispenser that listens to people’s names and custom prints their Coke bottle.